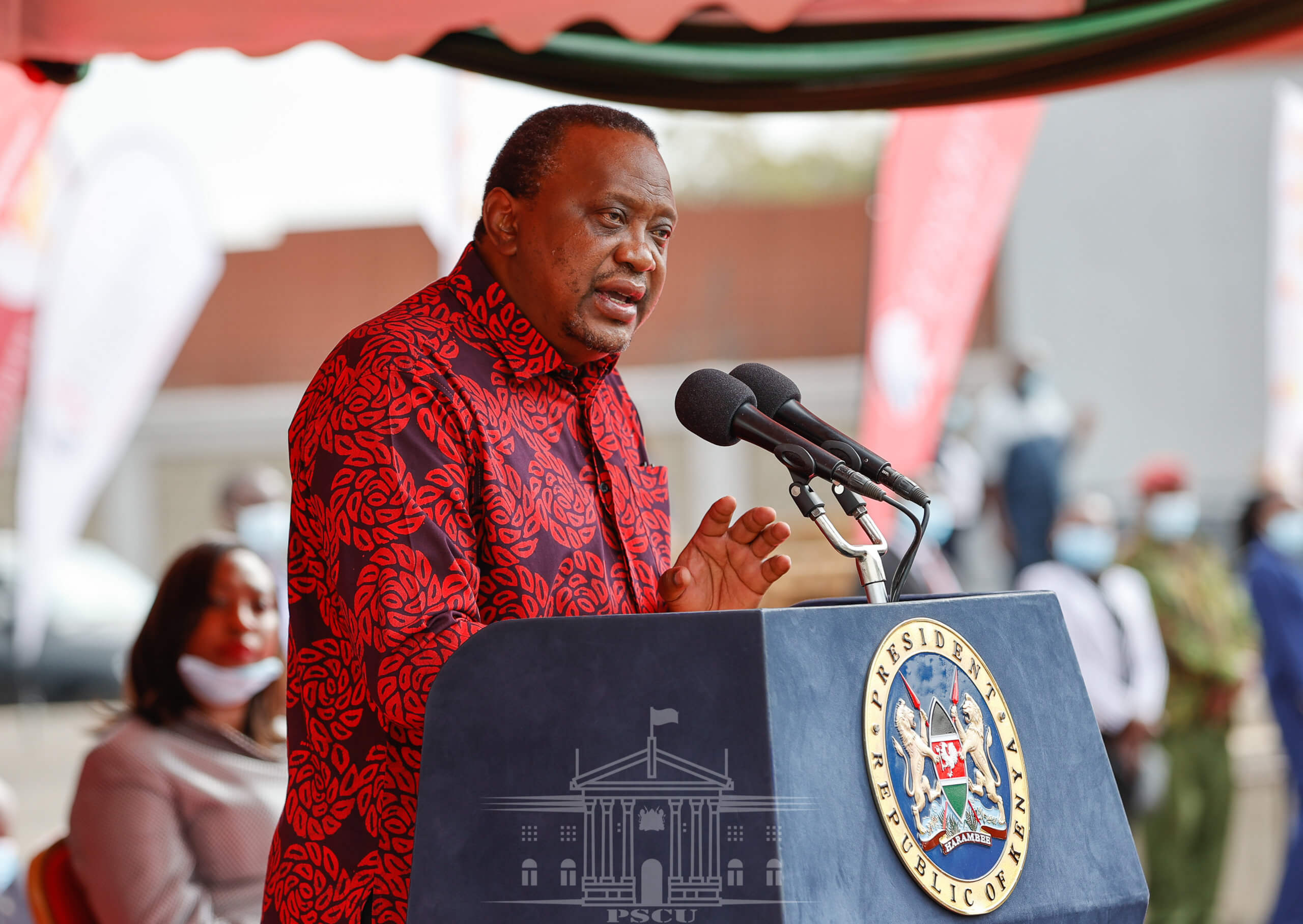 (KDRTV) – President Uhuru Kenyatta has dared his deputy William Ruto to Resign from government instead of criticising it from within.

Speaking in Uthiru on Friday Uhuru said that Ruto and his allies cannot continue criticizing the government and at the same time taking credit for its achievements.

But in the same breathe claims serikali ni mbaya….

Thank you Mr PRESIDENT Uhuru for telling off your hypocritical deputy for the very first time!

The boldness we want! pic.twitter.com/8cvBG8ANAy

He said Kenya has only one government and you can be inside or outside it.

This was the second attack the President has directed at his deputy this week as the Fallout between the two leaders plays out in public.

President Kenyatta dares his deputy William Ruto to resign instead of criticising gov't from within pic.twitter.com/oJYPmqtHnH

Uhuru on Wednesday claimed that he will be retiring at the end of his term in 2022 but will not leave this country to thieves.

He said he was the reason some people in his government had not stolen everything.

Last month, Uhuru warned his Mt Kenya backyard against supporting Ruto’s presidential ambitions because he does not mean any good for the region.

The President’s sentiments come at a time when Lugari MCA Ayub Savula has vowed to introduce an impeachment motion against the DP.

1/2 President Uhuru Kenyatta speaks to wananchi at Uthiru shortly after opening a level 3 health centre and community water project in the area. pic.twitter.com/pBw2se2YeK

Savula wants Ruto impeached over allegations of disrespecting the President and abandoning his role as DP.