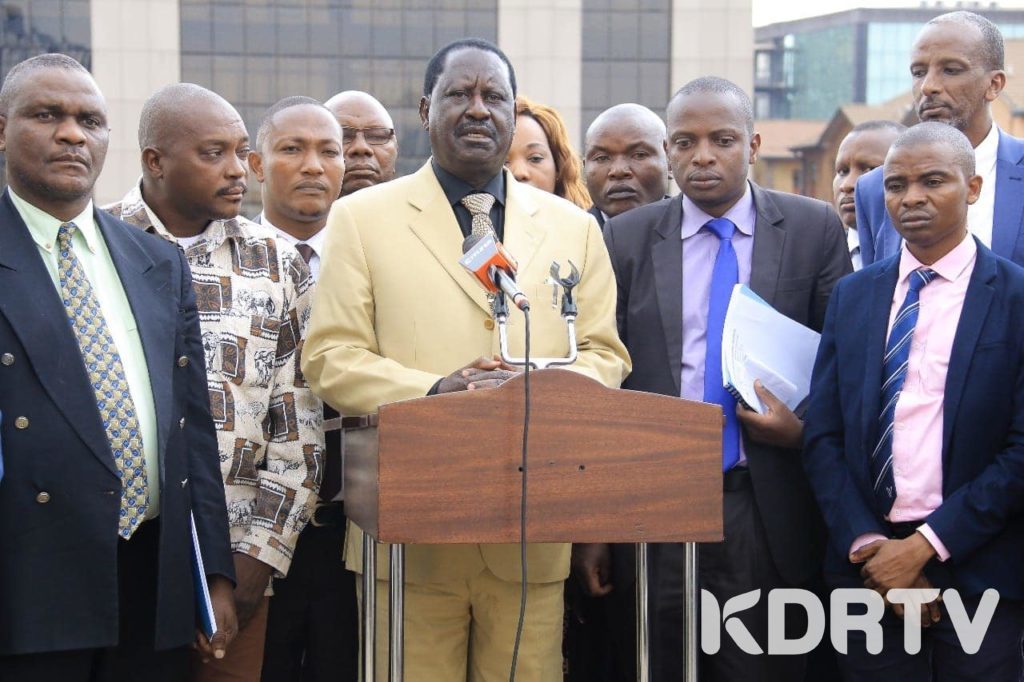 H.E. Raila Odinga this afternoon held consultations with members of the Taita Taveta County Assembly who sought audience over the stand-off with the County’s Executive.

Mr. Odinga took the opportunity to call for an end to the adversarial relationship between county assemblies and county executives.

He also called for an end to the adversarial relationship between the National government and county governments.

At the meeting, Mr. Odinga expressed deep disappointment with the wastage and outright theft of public resources being witnessed in counties some of which is coming out in court cases currently going on.

Mr. Odinga further expressed disappointment that counties are replicating the very ills that made Kenyans call for devolution: more money going to salaries and allowances and little to development, corruption and lack of consultations.

He called for consultations to be given priority together with concern for public good. He appealed to counties to pursue the spirit of consultation as a matter of priority.

On the stand -off in Taita -Taveta, Mr. Odinga promised to send a fact-finding team to the ground after which he will convene another meeting between the Assembly and the Executive.

Going forward, Mr. Odinga said, the country has no option but to review the structure and operations of devolution to make it work better and ensure voters get value for money.