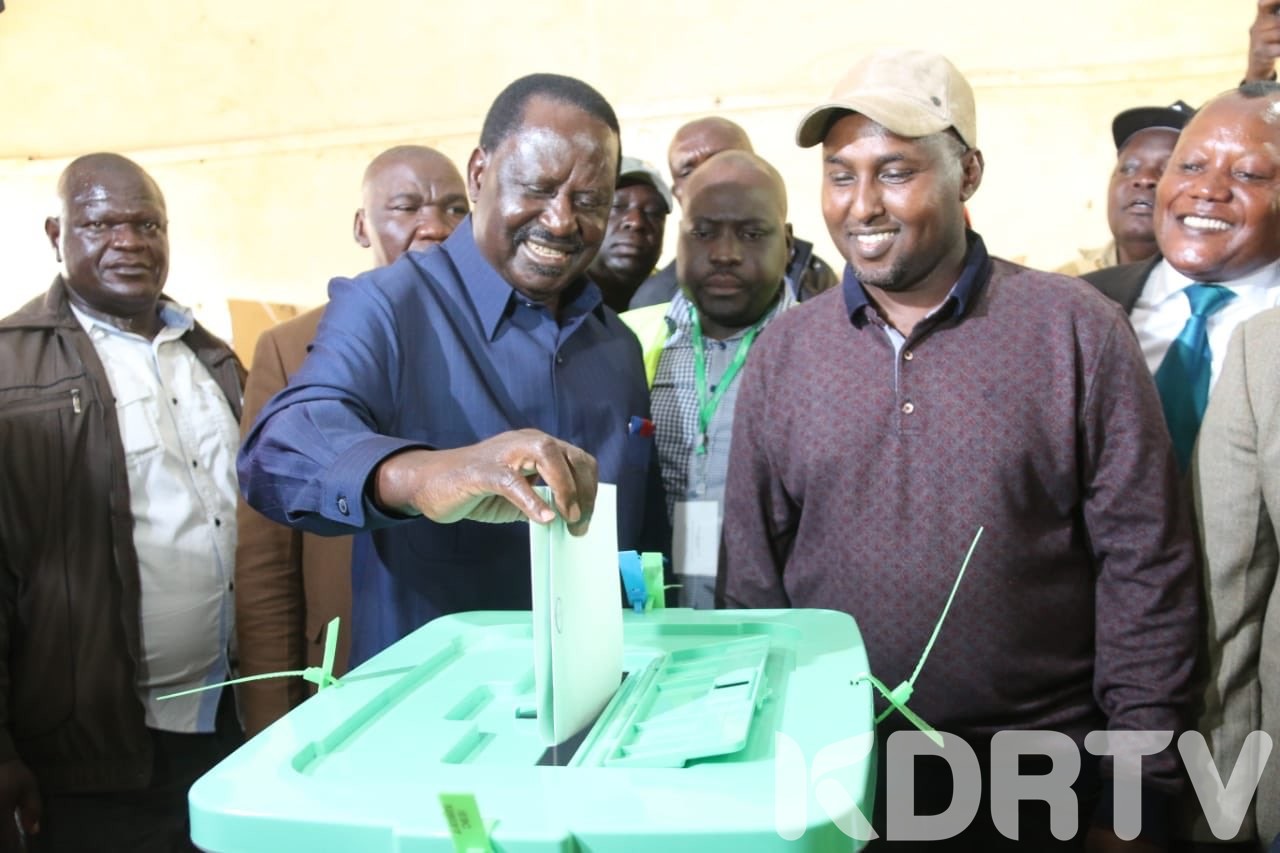 ”The ODM Party has come under intense criticism for allegedly inciting Kibra residents to attack outsiders in the ongoing by-elections.

ODM leader Raila Odinga asked residents to protect their bedroom after he cast his vote at the Old Kibra Primary School.

Even though the former Prime Minister asked residents to maintain peace during the polls, it is not clear how what he meant by ‘protecting the bedroom.’

ODM Director of Communication Phillip Etale is also on the spot for asking Kibra youth to take action against people who were allegedly bribing voters.

The allegations come after former Kakamega Senator Boni Khalwale was stoned by rowdy at Laini Saba. Jubilee supporters claim the incident happened because the youth were being incited to cause violence by Raila’s party.

“We are in our bedroom and we urge our people to protect our bedroom against infiltration by strangers and outsiders,” ODM leader Raila Odinga tells Kibra residents after casting his ballot in the ongoing #KibraByElection. #KibraDecides #KibraVotes

There have several cases of voter bribery in the ongoing polls. But Tanga Tanga blogger Dennis Itumbi insists ODM is using the bribery allegations to intimidate voters.

Kibra #ODMUnleashesGoons – the claims on bribery are a smokescreen. An excuse to unleash violence

A man believed to be a CDF employee was arrested at Mashimoni Primary School for allegedly bribing voters to vote for Jubilee Candidate MacDonald Mariga.

But Mariga has denied that he is bribing voters and asked anyone seen doing it to be arrested and handed over to the police.