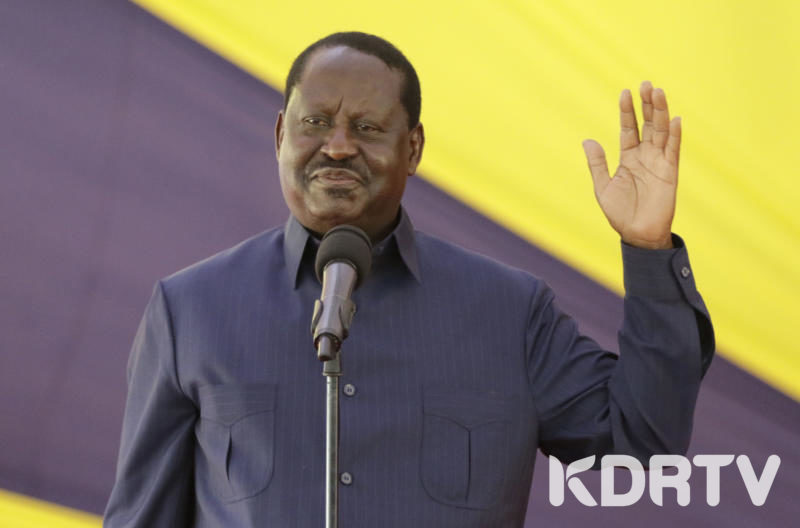 Former Prime minister Raila Odinga has dismissed reports of being a presidential candidate in the coming 2022 General Election.

His remarks come after, the Sunday Nation on Sunday reported that he would contest for the presidential seat in the 2022 election, citing it was to be the reason he resolved to working with President Uhuru Kenyatta.

The ODM party leader, however, in a statement expressed his disappointment in local media terming it ‘reckless and irresponsible’.

“Odinga does not believe that three years into an election expected in 2022, the media should prioritize who is running, who is ahead, who is behind, who is going to win, what are the odds and who will lose, ” read a statement by Raila Odinga’s spokesman Dennis Onyango

Dennis Onyango added that “Odinga believes that three years of dissecting poll numbers and forcing candidates into the race rather than focusing on real and urgent economic, political and social issues that the nation needs to deal with ahead of 2022 is reckless, irresponsible and cheap journalism.”

Yesterday while speaking in Gem during the burial of Mama Eva Donde, the mother of former area MP Joe Donde, Raila asked Kenyans to brace for vigorous grassroots partyelections.

“We want to begin to consolidate our grassroots support ahead of 2022,” said Raila.