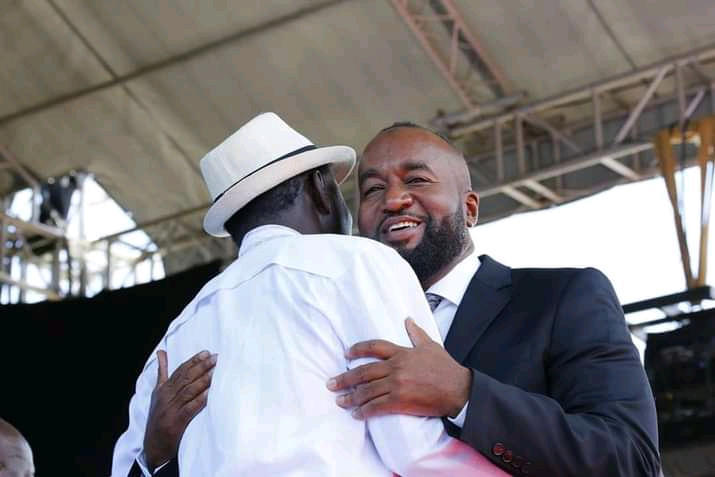 Former Kanduyi MP Alfred Khang’ati who attempted to battle for the Bungoma Gubernatorial Seat in 2013 and 2017 without success has abandoned the county’s top seat hopes and decided intensify plans to snatch Kanduyi Parliamentary Seat from Wamunyinyi in 2022.

In 2013, Khang’ati was dusted by the Speaker of the Senate Kenneth Lusaka where he (Khang’ati) came a run-up while he emerged at position three in 2017 after being floored by Governor Wangamati and Lusaka.

Having been “listened” to the ground keenly, Khang’ati noted that the unsuccessful fate for Gubernatorial Seat might roam again in his faction and resorted to hold his political cards on the chest by running for Kanduyi Parliamentary seat in 2022.

He claimed that Kanduyi Constituency has been on the verge of falling in terms of developments for the last nine years Hon Wamunyinyi has been in the office.

“It is high time Kanduyi I restored to its glory by development conscious leadership that will uplift the lives of residents” Khang’ati said.

Khang’ati revealed that the head of state president Uhuru Kenyatta has casted a hive of blessings on him after informing him (Uhuru) the intention of vying for Kanduyi Parliamentary seat.

“I have already informed President Uhuru Kenyatta that my people want me home to steer them into greater heights in Kanduyi and he has given me his blessings” He added.

Hon Afred Khangati’s exit from Bungoma Gubernatorial race has spelt a greenlight to Wangamati and Lusaka’s bids to scramble for the county’s top seat on 9th August 2022.