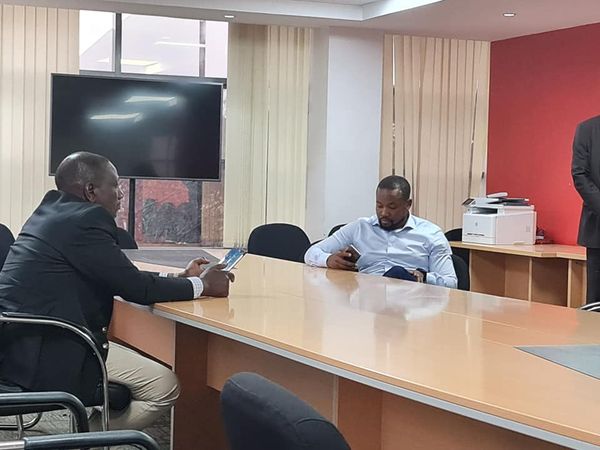 (KDRTV)-Deputy President William Ruto today made his way into the Jubilee headquarters, something that caught his supporters and staff at the building in surprise.

Ruto has not gone to the party offices after a public fall out with the party chairman David Murathe and the party secretary-general Raphael Tuju.

David Murathe has been categorical that Jubilee is not going to support Ruto to succeed President Uhuru Kenyatta and Raphael Tuju at one point told him to resign if he was not happy in the party.

According to the self-proclaimed Tanga Tanga spokesperson Dennis Itumbi, the deputy president had called Raphael Tuju yesterday and they scheduled a meeting today at 4 pm.

The deputy president kept his word and he was at the boardroom by the agreed time but to his surprise, Raphael Tuju was not in the office. He tried to call him but another person picked his phone and told the deputy president that Tuju was in the doctor’s room for a checkup.

Apparently, the secretary-general was earlier in the office and he came to sign a few papers before he left. The deputy president shared coffee with a few employees in the cafeteria then left with Langata Member of Parliament, Nixon Korir who had accompanied him.

William Ruto wanted a meeting with Tuju to discuss the preparations of the party in the upcoming by-elections in Kahawa Wendani, Msambweni, and Taita Taveta

This is a big blow to the deputy president who has been trying to rekindle the party’s fortunes but it looks that the party doesn’t want him.

This has caused a reaction from his supporters who castigated Tuju for standing up and disrespecting the second in command in this country.