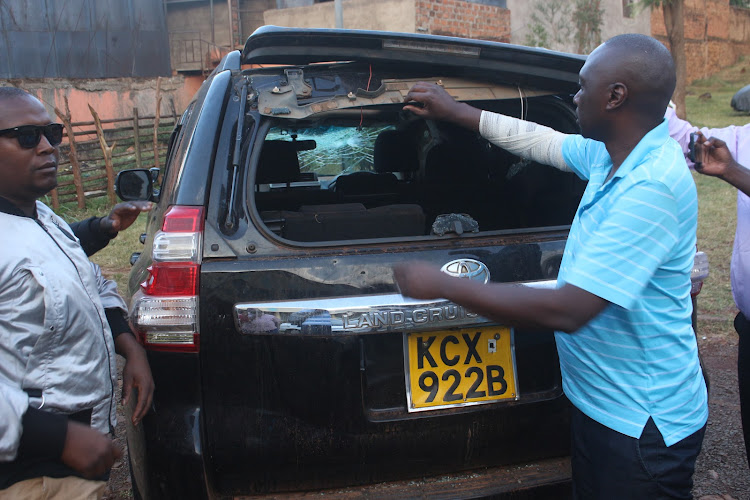 The controversial politician sustained injuries on his right hand while his aide was injured on the head.

While speaking to the media, Gichana accused his political opponent to be behind the attack.

“It dismays me that some politicians want to use outdated methods to intimidate some of us. Wherever they may be, let them be ashamed, we are not going to cower and run away,” he said.

Gichana stated that he had obtained intel that there were plots to stone the helicopter he had chartered for the function forcing him to change and use his car.

“I heard the same youth had been paid to stone the chopper if I came in it. I want to warn any politician using our youths for such dirty errands to stop,” he added.

However, some witnesses stated that Gichana arrived late to the occasion and was departing without giving them money.

“The residents had turned up in large numbers and only got mad when he decided to leave them empty-handed. We suspect that is why some youth who had become agitated for waiting too long turned against him,” one of the witnesses revealed.

Subscribe to watch latests videos
In this article:Don Bosco Gichana