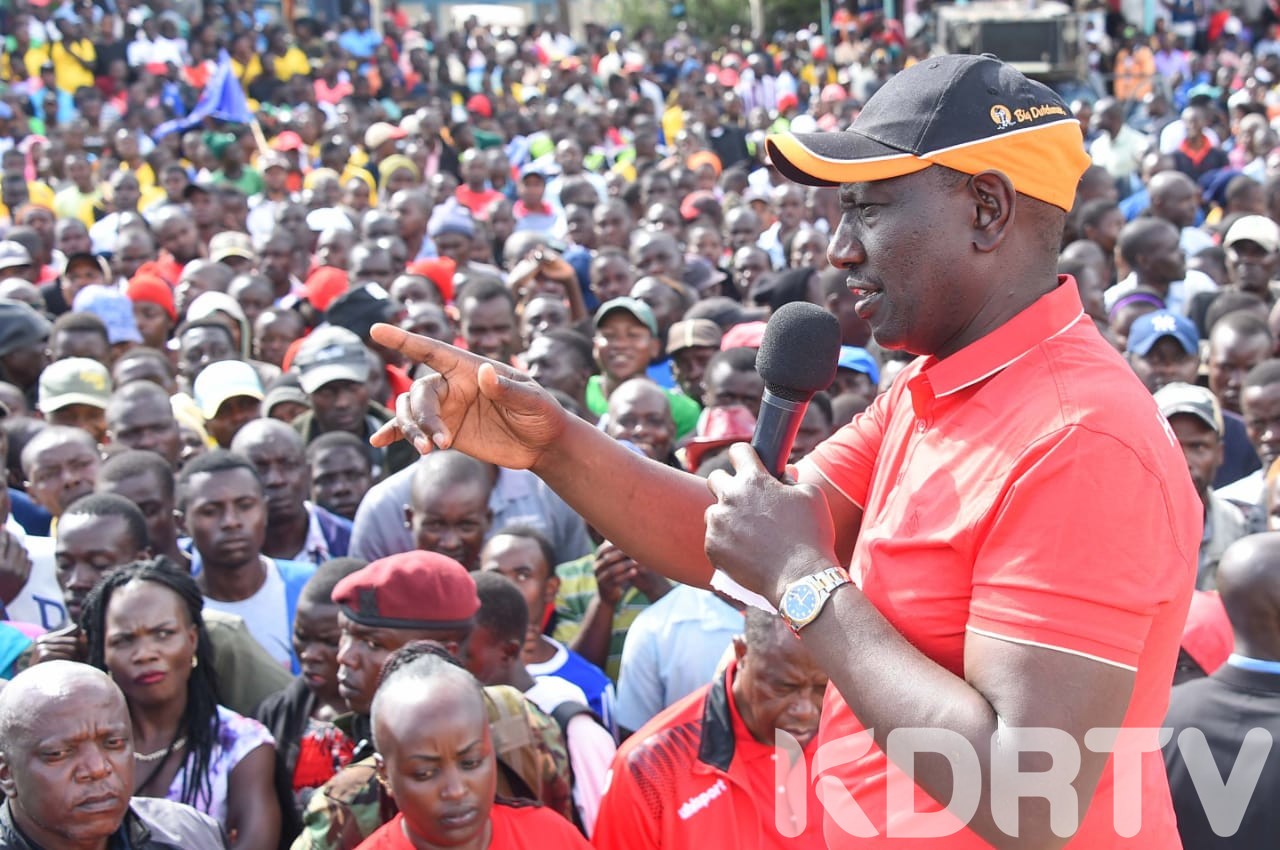 The DP is now among the loudest voices calling for a referendum to implement the recommendations of the taskforce.

Speaking in Vihiga on Monday, Ruto said he supports all contents of the BBI as long as Kenyans will be given a chance to have the final say. In other words, let us go to a referendum.

“Today, I’m not opposing anything, I support the contents of the BBI report provided it is passed by Kenyans and not a handful of people in a boardroom,” he said.

“The power of choice has always been with Kenyans and it shall always remain that way,” remarked Ruto.

The DP spoke during the finals of the Hustlers’ Tournament at Mumboha Stadium in Luanda, Vihiga County.

He said he is open to any system of government.

“If they want a parliamentary system, presidential system or whatever name it will be called, so long as the people decide, it is fine,” he added.

This is different from the Ruto of a few weeks ago who had vehemently opposed the calls for a referendum. Immediately the BBI report was released at the Bomas of Kenya on November 27, Ruto’s allies publicly opposed the referendum. Most of them argued that there was no need to spend billions when the recommendations can be implemented through parliament.

Senate Majority leader Kipchumba Murkomen was very vocal in dismissing the need for a referendum, citing that there are no provisions in the constitution to justify the calls.

Senator Murkomen: We do not need a referendum to achieve the BBI proposals#NewsNight@WaihigaMwaura pic.twitter.com/bdkweUuTWy

Murkomen’s sentiments were echoed by National Assembly Majority Leader Aden Duale, also a key Ruto ally, who said that a referendum would be costly and divisive.

“I have strong faith that we can achieve all the proposals contained in the BBI report without a referendum, which will definitely be divisive, with winners and losers,” Duale said on his Twitter handle.

Moses Kuria, who has recently been spotted close to Ruto, bashed the calls for a referendum saying the Ksh 30 billion can be used to write-off HELB loans and help farmers.

It is not clear why and how Ruto changed tune but it suddenly has something to do with the 2022 gameplan.

Raila has been very vocal in the calls for a referendum, arguing that MPs cannot be trusted to make the critical changes recommended by the BBI taskforce.

According to political experts, Raila wanted to use a referendum to form a strong political wave like the 2005 Chunga Movement. This wave would sweep away Ruto and his minions who are against the referendum.

It seems Ruto realised this game very early and decided to change and support the referendum. 2020 is going to be an interesting year.