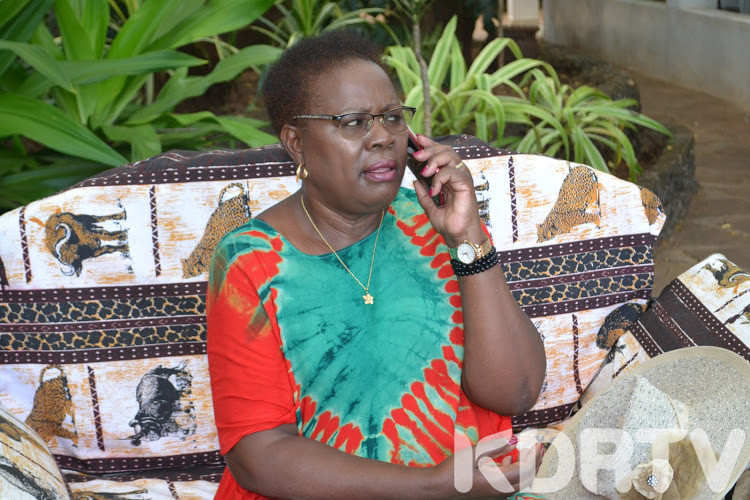 (KDRTV) – President Uhuru Kenyatta is a threat to Kenya’s economic growth and freedom of speech, Kandara MP Alice Wahome has said. In one of the most stinging attacks against the President, Wahome painted Uhuru and ODM leader Raila Odinga as power-hungry mercenaries who want to cling on power after the 2022 elections.

She said Uhuru is eying the Prime Minister’s post in the 2022 elections and is using David Murathe,  Beth Mugo and Francis Atwoli to sent out a message.

“The biggest existential threat to Kenya’s declining economy and democracy and freedom of speech, freedom of expression, freedom of political affiliation and growth is Uhuru Kenyatta because he is on the driver’s seat,” she said.

According to Wahome, the two leaders are using the BBI as a Special Purpose Vehicle to deliver their goals in 2022.

“Raila Odinga is his new political mercenary for hire, and the BBI itself, the BBI report is the special purpose vehicle heading to the route that has been suggested by Murathe, Atwoli and Beth Mugo,” she said.

The MP has dared Uhuru to respond to some of the issues that have been raised by the three politicians.

Alice Wahome is a vocal member of Jubilee’s Tanga Tanga faction, which pays deep allegiance to the Deputy President William Ruto. When she accuses Murathe of speaking for Uhuru, who is she speaking for?

What else caught your eye?

She is speaking for her master. The statement was written by someone else, and you could see she was struggling to read some of the words. Welcome to 2020 guys.