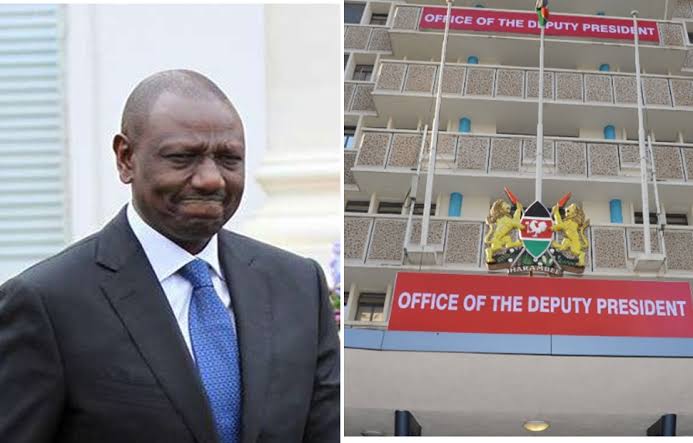 The office of the Deputy President claims that it has not been received the operational money from National Treasury.

According to a local daily, DP Ruto has been using his own funds to cover the costs of his staff’s allowances and other expenses during campaigns.

Additionally, Ruto is said to have used his money to fuel government vehicles. According to insiders, Kinuthia Mbugua, the State House Comptroller, may have halted funds for the DP’s office.

The report also indicated that the automobiles assigned to Ruto’s office are no longer fueling at National Oil filling stations.

Additionally, allowances and other benefits owing to personnel employed by the Public Service Commission (PSC) and assigned to DP Ruto’s office have remained unpaid since last year.

However, Kieni MP Kanini Kega refuted the claims stating that the second in command has been given all the resources he needs.

He added that the goverment facilitated DP Ruto’s recent tour to US and UK.