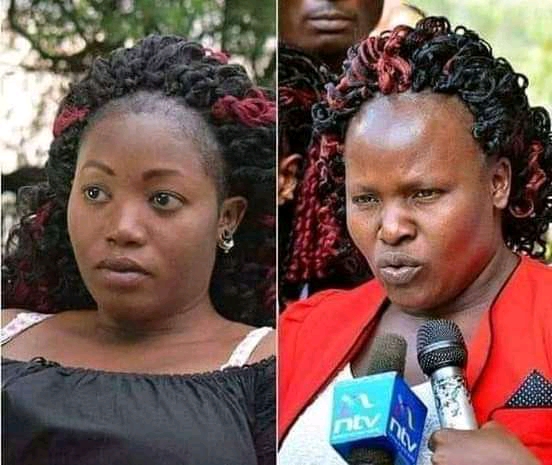 The race to replace Homabay Women Representative Hon Gladys Wanga has gained thrash with many influential and bigwig politicians lining up for a tough race.

Deputy President William Ruto who has been receiving ugly receptions in Raila’s bedrooms is seemingly making penetrations into the region and winning the hearts of Orange Democratic Movement stalwarts ahead of 2021 general election.

Having been cornered Migori County, the hustler nation chief is now keen at selling the bottom-up economic narrative to the people of Homabay to strengthen his political networks in Nyanza region.

Melinda who had earlier on announced to build her political foundation by running for MCA position has fastly twisted the prior plans to declare fresh intentions of replacing Hon Wanga for Homabay Women Representative’s seat.

“Our people need representation in the next government. We have a lot of issues especially on the economic development of our people and it’s time we elect the right leaders. I’m a very ambitious woman who understands the plight of the people,” Melinda told Tuko on Saturday, 20th November 2021.

She informed that Deputy President William Ruto’s UDA party is the only outfit that will serve the interests of underprivileged people in the society.

“As a vulnerable woman who has suffered and struggled to make ends meet, I am a hustler by all standards. I want people to elect me as Melinda, not the party Im vying on. We want our people to exercise their democratic rights. The other side have already selected people to vie various seats,” she added while re-affirming her solid stand of pressing DP Ruto’s presidency in the region.