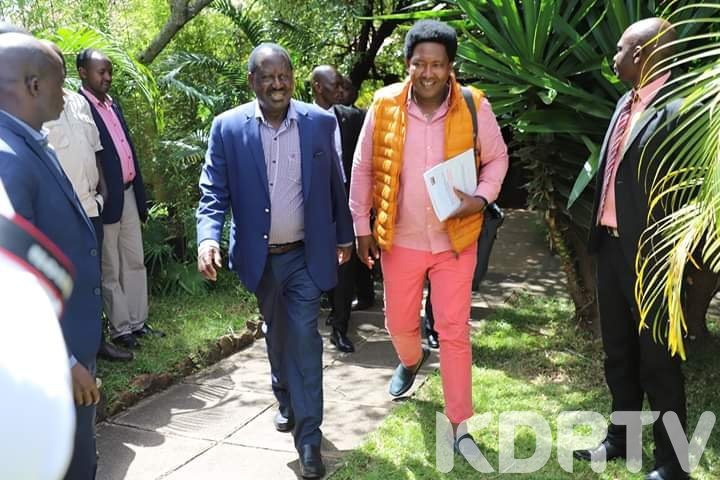 KDRTV-Narok County will be the host of the Building Bridges Initiative (BBI) gospel this weekend when the crusade aimed at sensitizing the Maa community on the content of the report will be going down in Narok.

The troop led by former Prime Minister Raila Odinga will hold a consultative forum on Friday to endorse the community’s proposals before the mega rally at Narok stadium on Saturday.

The rally has already raised the political temperatures within different political circles as more politicians and leaders with different opinions on the report expected to attend the event. Earlier on, the rally had been organized to take place in Suswa stadium and was later moved to Narok after reports emerged that there were plans to disrupt the meeting.

Raila Odinga who is spearheading the self proclaimed BBI reggae team on Monday had a closed door meeting with a section of leaders from the region in a bid to prepare them for the consultative forum. However the meeting didn’t go well with political from the ‘Tangatanga’ faction led by senator Kipchumba Murkomen and Gatundu South Member of parliament Moses Kuria who claimed that their was discrimination in the leaders selected to attend Raila Odinga’s meeting.

In a press statement released by the ODM party on Thursday, Raila Odinga  has invited leaders from the eleven counties inhabited by the Maasai to attend the forum and present their proposals.

“The Rt. Hon. Odinga assures the residents of the seven counties and their representatives that all efforts are being made to create room for all viewpoints, concerns and interests to be discussed openly and constructively in a way that leaves the regions feeling united and involved in the making of a new Kenya, “reads part of the statement posted on the party’s Facebook page.

The Tangatanga brigade which has been attending the previous rallies in Mombasa and Kitui counties are also expected to grace the event thus raising the chances of political fireworks as witnessed before. In Kitui drama ensued when Kipchumba Murkomen arrived accompanied by Moses Kuria and found seats reserved for them more chaotic were witnessed when Moses Kuria was ejected from the dais by security officers and was later allowed back after the intervention of Raila and Wiper party leader Kalonzo Musyoka.

In a Facebook post on Thursday,Kuria hinted that he will also be attending the Narok rally as Murkomen and other Tangatanga politicians who have been perceived to be against the BBI report expected.This makes Political observers and even journalists remain keen throughout the the event so as not to miss any action.