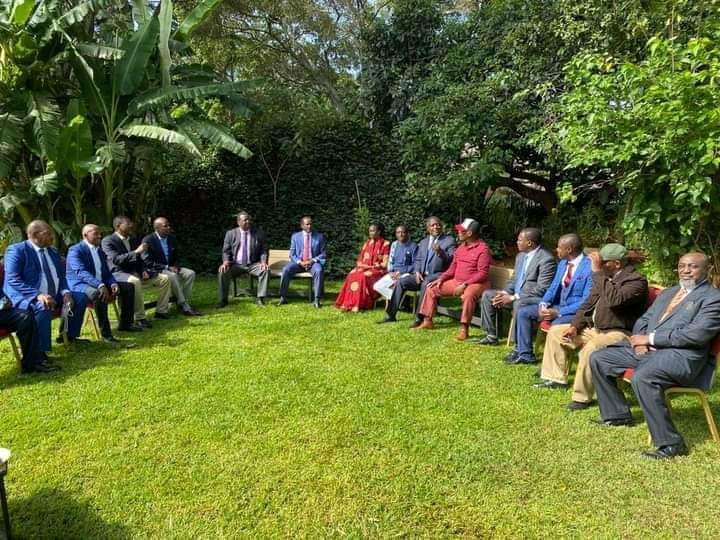 “One Kenya Alliance principals are currently negotiating with former Kiambu Governor William Kabogo, Narc Kenya party leader Martha Karua and speaker of National Assembly Justin Muturi in a hotel. I can’t speculate on what might be discussed but they will possibly address the media later” Wetangula’s ally told KDRTV.

This comes a time when One Kenya Alliance group which has maintained to play their cards safe up to 2022 presidential ballot is set to announce its presidential candidate early next year.

Notably, Speaker of the National Assembly Justin Muturi is also eyeing for the country’s top seat in 2022 while the Mt Kenya Unity Forum which cohabit Chama Cha Kazi Party leader Moses Kuria, Kabogo and Martha Karua is vigorously pushing to unite elected leaders from Central region aimed at increasing the bargaining stake for the great people of the mountain upon the exit of president Uhuru Kenyatta from power.