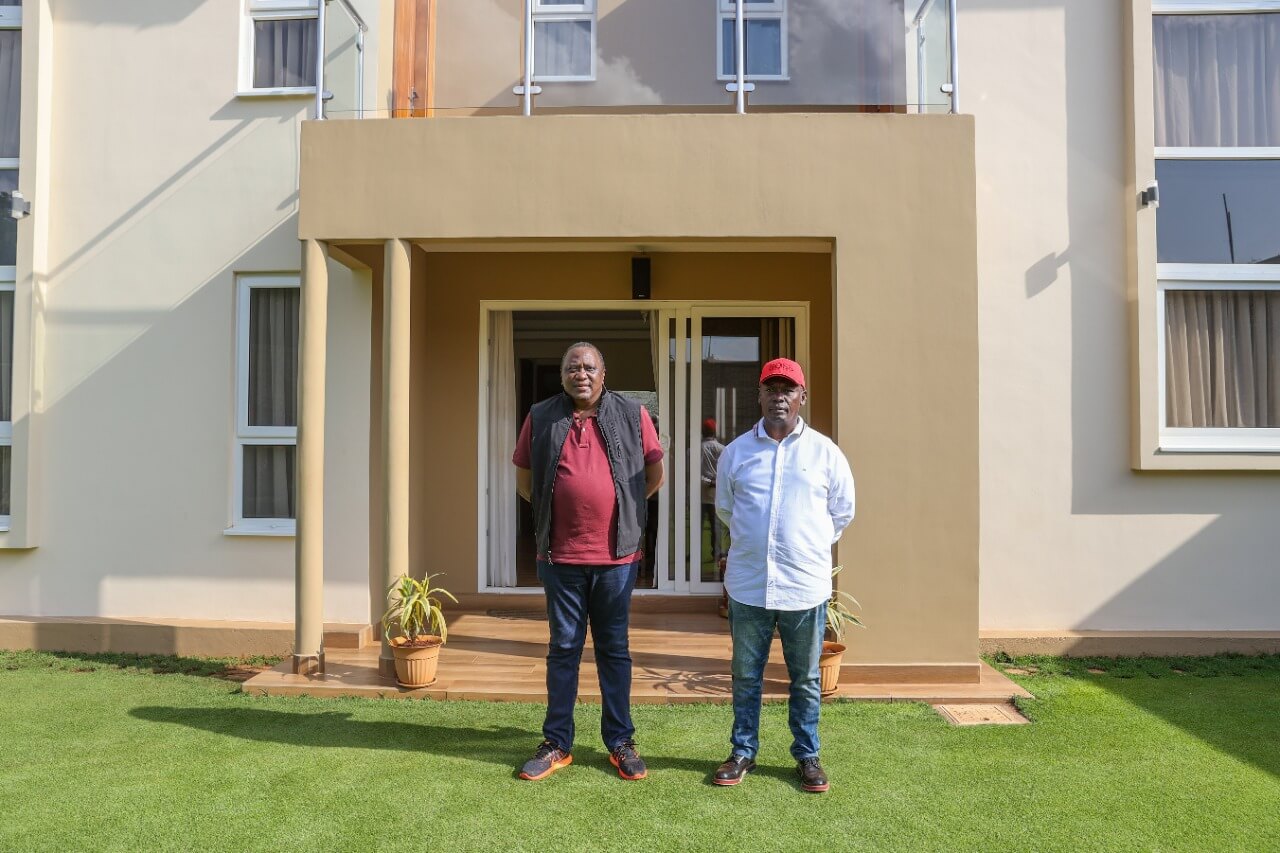 (KDRTV) – Pictures of President Uhuru Kenyatta at the home of former Kiambu Governor William Kabogo have raised speculation on what the two could be planning.

The President made the visit on Sunday afternoon. It is not clear if this was work-related or just a courtesy call.

Kabogo, who controversially lost his seat to Ferdinand Waititu in 2017, has recently been very vocal in his support for the BBI report.

The former Governor fell out with the Jubilee government after he was beaten in the 2017 nominations. He accused the state of engineering the outcome of the Jubilee Primaries in Kiambu. He defended his seat as an independent candidate but still lost. At the time, he was even rumored to be supporting ODM leader Raila Odinga for the Presidency.

What was President Uhuru Kenyatta doing at Kabogo's residence 🤔 pic.twitter.com/VDPXUY4zUs

In January last year, Uhuru engineered the removal of Waititu as Kiambu Governor over a litany of issues bordering on incompetence and corruption.

Read Also: ‘He Was My Bodyguard And I Swear He Wasn’t A Robber!’ Kabogo Mourns Cop Shot 12 Times In Ruaka

Kabogo is expected to challenge the county leadership in next year’s polls. With Waititu out of the way, he will not have any meaningful opposition. His odds of winning the coveted seat will massively increase if he is endorsed by the President.

Panic in Ruto and Raila Odinga's camp as President Uhuru Kenyatta meets with William Kabogo. Kabogo is the next big thing in Kenya

Uhuru enjoys massive support in Kiambu, the county of his domicile.