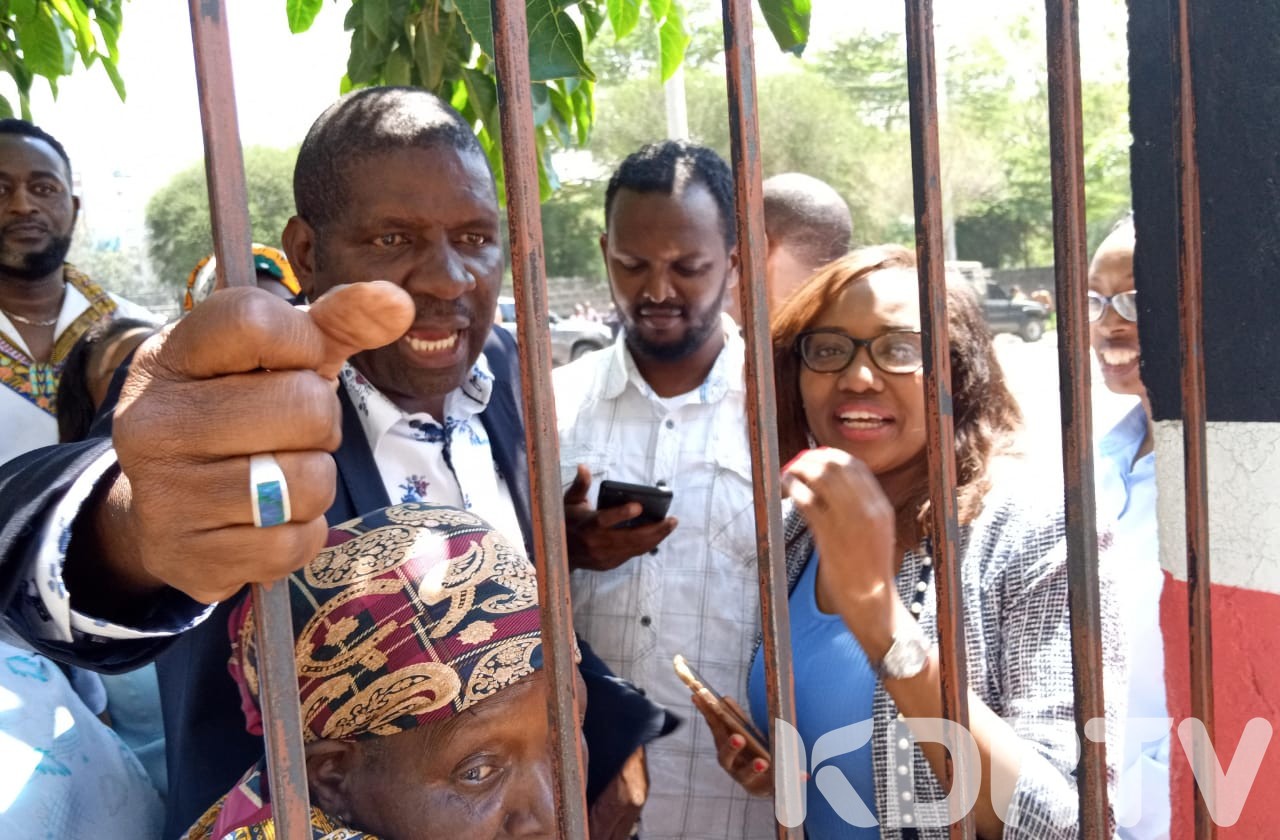 (KDRTV) – The war pitting President Uhuru Kenyatta and his deputy William Ruto seems to have escalated further after the DP’s allies were locked out of Uhuru’s function.

President Uhuru is set to preside over a function to issue title deeds but Nakuru Senator Susan Kihika and controversial Nakuru East MP David Gikaria have been locked out of the function.

President Uhuru is about to arrive in Nakuru for distribution of title deeds.

Already, leaders allied to Tanga Tanga have been locked out.

Kihika announced on social media that they were barred from the function because they belong to an unwanted organization (Tanga Tanga). She sarcastically mentioned how the BBI is building bridges.


Earlier on in Mombasa, President Uhuru Kenyatta denied claims that the BBI report has split the Jubilee Government.

“I see no divisions in Jubilee party. It is unfortunate that in the process of unifying the country some people feel they have been left out. I have made it very clear that my objective is to unify Kenyans,” he said.

on Friday, a section of Tanga Tanga members was teargassed at the Kilimani Police Station after demanding for the release of Gatundu South MP Moses Kuria as ordered by the court.