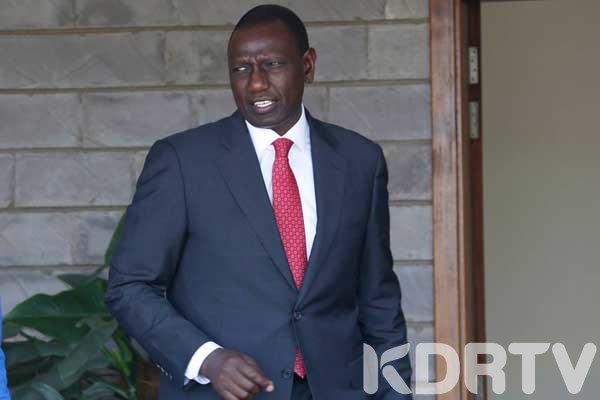 Deputy President William Ruto’s friends have allegedly been locked out of the launch of the Building Bridges Initiative (BBI) set for Bomas of Kenya on Tuesday.

President Uhuru Kenyatta and his brother Raila Odinga are set to receive the highly anticipated report that is at the centre of a political storm in the country.

And Tanga tanga members have alleged that they have not been invited to the meeting. Kirinyanga Woman Rep Purity Ngirici said that though some of them had been invited, they were told not to come with supporters. This is different from their Kieleweke faction members who were each told to bring at least five supporters to the meeting.

“There is no equity in the invitation of leaders. Those allied to DP Ruto have been invited to the event alone while others have been allowed to attend the event with five supporters. We shall have a final say after scrutinising it (BBI report) based on merit,” Ngirici said as quoted by Daily Nation.

Kericho Senator Aaron Cheruiyot, another Tanga tanga cry baby, took his rants to Twitter where he accused President Uhuru Kenyatta of preaching water and drinking wine. He wondered how the BBI report was all about inclusivity but Kieleweke members were receiving preferential treatment.

I want to take my president for his word and believe that indeed BBI is about a new Kenya 4 all of us, BUT the actions of his office ( OP ) contradict him. Take 4 e.g, Only Kieleweke MPs have been asked to do a list of supporters 2 come receive BBI report, the rest wajipange.

Ruto and his followers have been spearheading the anti-BBI talks. Over the weekend, the DP accused some politicians (Raila) of trying to use threats, propaganda and intimidation to force Kenyans to support the report. He  said that will not work as all Kenyans will be allowed “to  read and give opinion on what they think is good for the country with the aim of finding solutions to our problems,”

No one should look down upon Kenyans because of their status in society,”  Ruto said.