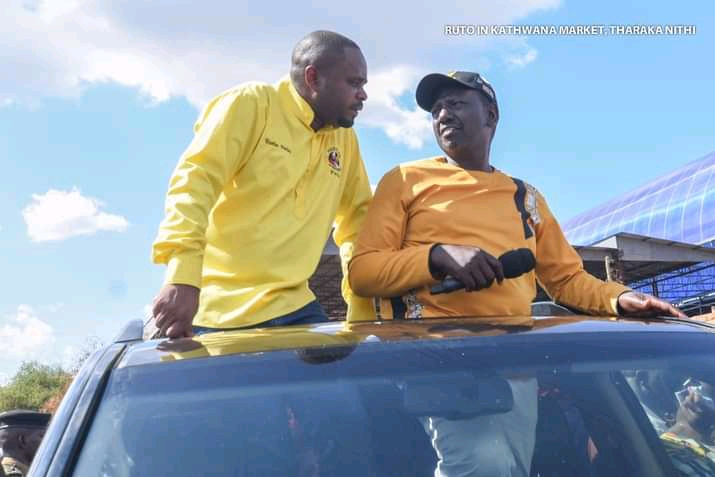 Deputy President William Ruto has commenced his day two empowerment program at Kapseret ACK church, Harambee Plaza in Nandi county for a fundraising event to build and renovate the house of God.

The second in command DP Ruto’s arrival has marked a thunderous reception from the wild and excited crowd of hustler nation supporters who were donned in United Democratic Alliance (UDA) attires painting the ground yellow.

Ruto will later commission th upgrade of Kapseret Road network which has been one of the biggest Jubilee’s achievements in the famous big four agenda pledges.

County and National leaders drawn from the 47 counties are expected to attend the event to stage the appropriate financial channels that would curb the unexpected haunting climate changes across the country. The former prime minister Raila Odinga is set to chair the crucial event.

This important event comes barely a week after a world summit on climate change was held in Glasgow Scotland where a battery of world leader geared plans to facilitate a clean environment.