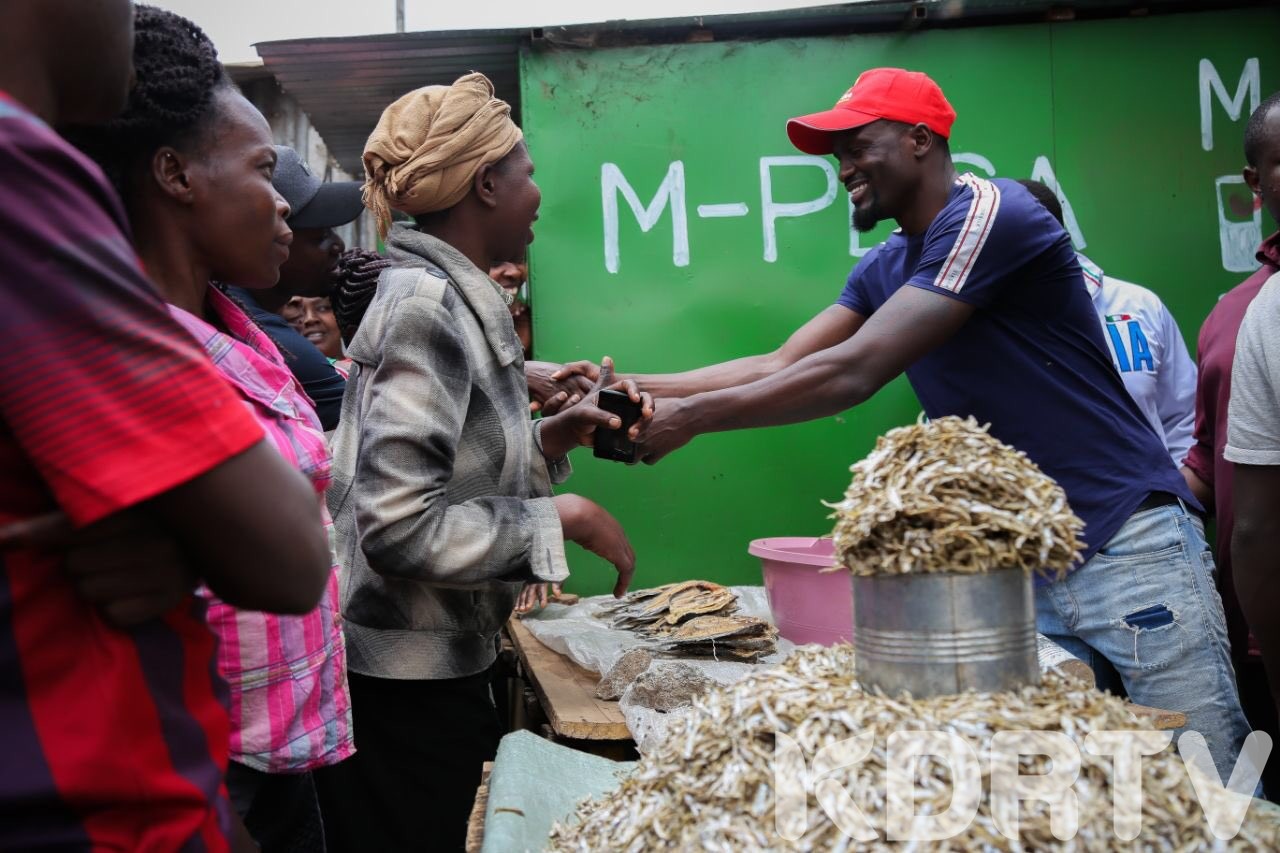 ODM campaigns in the Kibra by-elections could be thrown into jeopardy if one of the major candidates in the race makes true his plans to quit the race and back Jubilee candidate MacDonald Mariga.

According to reports in a local daily, the unnamed candidate has held several discussions with Mariga’s camp ahead of a major announcement that will change the course of the campaigns.

Happy to be interacting with my Kibra people and discuss issues affecting them one on one #TukoPamoja 👏🏾 pic.twitter.com/leWqrEvJi5

IEBC cleared more than 23 candidates for the race to replace former MP Ken Okoth who succumbed to cancer in late July this year.

Of the 23, only four are supported by the major political parties in Kenya. ODM’s Imran Okoth, who is also the brother to the late Ken Okoth. ANC’s Eliud Owallo, who was one time an aide to ODM leader Raila Odinga, Engineer Khamisi Butichi of Ford Kenya and the aforementioned Mariga.

Could one of the three; Imran, Owallo or Butichi be the man planning to step down and back Mariga?

It is very hard for Imran to quit the race because of the efforts he put in to clinch the party’s ticket in the competitive primaries early this month.

The ODM party has also intensified campaigns in the constituency, which has been described as Raila’s bedroom owing to the long period that the AU envoy represented it in parliament.

In April this year, ODM was forced to be a spectator in the Wajir West by-elections after Jubilee Party, led by Deputy President William Ruto convinced Ahmed Kolosh to decamp Raila’s party.

Kolosh who had been elected on an ODM ticket in 2017 was forced to vie again after IEBC overturned his election in January.

ODM then chose Prof Mohamed Elmi as their candidate in the race but they were left embarrassed as Elmi also decamped to Jubilee days to the race. Ruto’s hand was massively involved in the move.

Could this be the same stunt that Ruto is planning to pull on ODM?