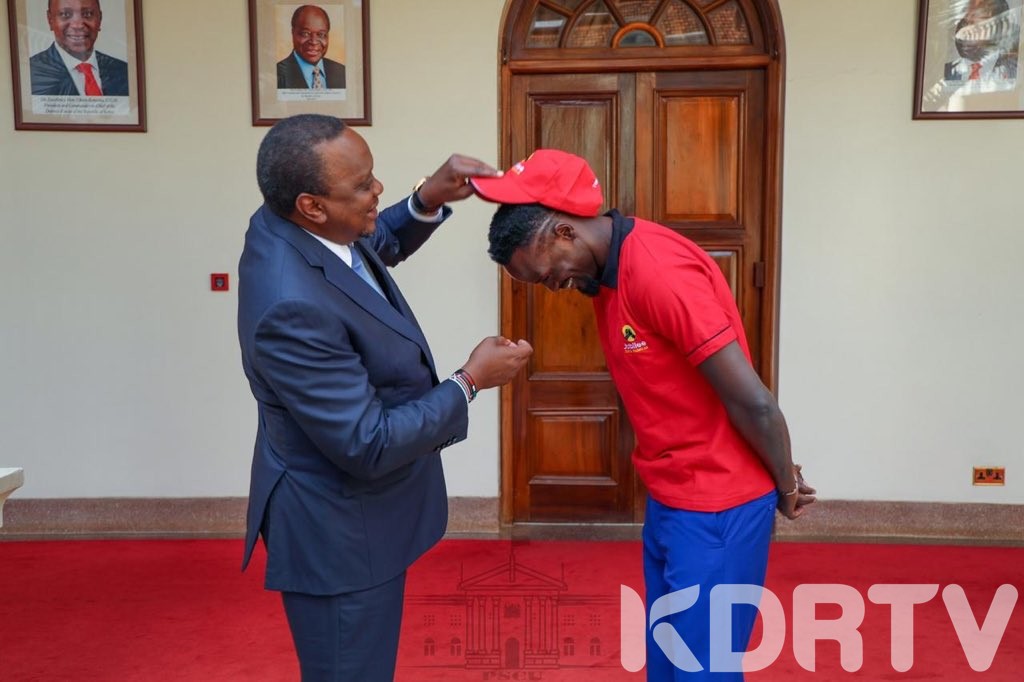 President Uhuru Kenyatta might have endorsed MacDonald Mariga to vie in the Kibra by-elections but he is secretly supporting ODM Candidate Imran Okoth. This is according to nominated Jubilee MP Maina Kamanda.

Kamanda has sensationally claimed that Uhuru’s mind and heart are with Imran.

“People sneaked to State House and did what they did there. I want to say here that the heart and mind of the President are with Imran,” The former Starehe MP said during a church function on Sunday.

Kamanda, a key member of the Jubilee Kieleweke Faction, also accused Deputy President William Ruto of fielding Mariga in Kibra with an intention to jeopardise the handshake between Uhuru and ODM leader Raila Odinga.

“I’m a nominated Member of Parliament and directly answerable to the Jubilee Party leader, who is President Kenyatta. I cannot defy my party leader. Imran is the candidate supported by everyone behind the handshake between President Kenyatta and Mr Odinga.

“You will not see President Kenyatta coming here to campaign for Mariga because he is supporting Imran,” the tough-talking veteran politician said during a service at PCEA Kibera Parish.

He Urges Kibra People to Demand for more bcoz that is Stolen Taxpayer's Money Meant to Build Decent Housing for Kibra people which was stolen by him.

Kamanda further accused Ruto of dishing out taxpayers’ money to Kibra residents. He said the money was meant to build decent housing in Kibra but was stolen and urged voters to demand more.

Kamanda has established himself as one of the chief strategists in Imran’s campaign team. He has been meeting different groups in Kiba to drum up support for the brother to late Kibra MP who succumbed to cancer in July.

But Ruto’s allies have termed him as a political reject who should retire from politics and go take care of his grandchildren.

“Mzee Kamanda should now go home and look after his grandchildren. He is misleading our supporters that the President does not support our candidate. Mariga is the Jubilee candidate and the President is the party leader,” Embakasi North MP James Gakuya said during a rally at Laini Saba Grounds.

President Kenyatta endorsed Mariga on September 18. The by-elections will be held on November 7.