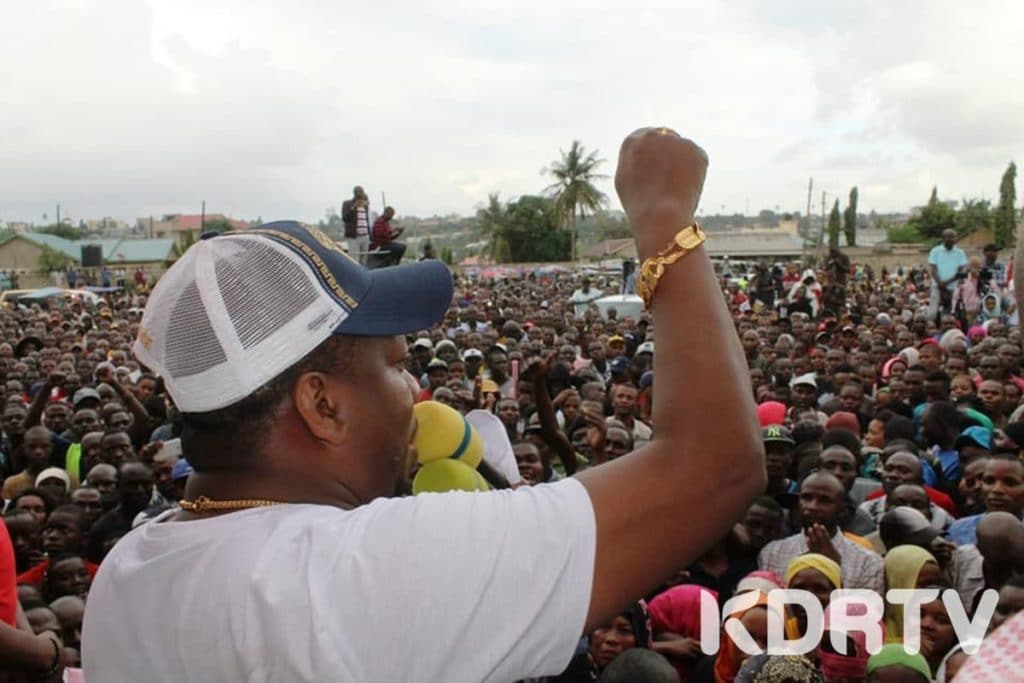 Nairobi Governor Mike Sonko is a man on a mission who has a bigger picture in mind. Three days ago, the flamboyant governor shocked the public when hi gave Majority Leader in the National Assembly Aden Duale a public dress down regarding proposals to increase MPs salary. In a rare attack, considering the two leaders are among the most senior Jubilee Party members, Sonko called Duale expletives and challenged him to a political duel.

The governor has been trying to cut a niche in national politics by creating his own base, together with Gatundu South MP Moses Kuria. The two have created the amorphous Team Wanjiku, a third faction within the Jubilee party, after the pro-Uhuru Team Kieleweke and the pr0-Ruto Team Tanga Tanga.

By targeting Duale in his attacks, Sonko is raising his national stake in country’s politics which has only confined him within Nairobi. His attacks on the majority leader is also seen as scheme to weaken top lieutenants of DP William Ruto ahead of 2022. Even though Governor Sonko has not expressed any political ambitions beyond the gubernatorial seat, political pundits believe he is angling himself for greater political responsibility.

The other aspect that explains Mike Sonko’s current political posturing is being the Kamba political kingpin in future. Once Kalonzo Musyoka exits the stage, the field to be Kamba politics kingpin will be an open field. Nairobi governor is trying to sprout nationally so as to give the Kamba community visibility in national politics. He has already identified a potential threat in Machakos Governor Alfred Mutua and  already has him marked, if the latest drama in Machakos was anything to go by.