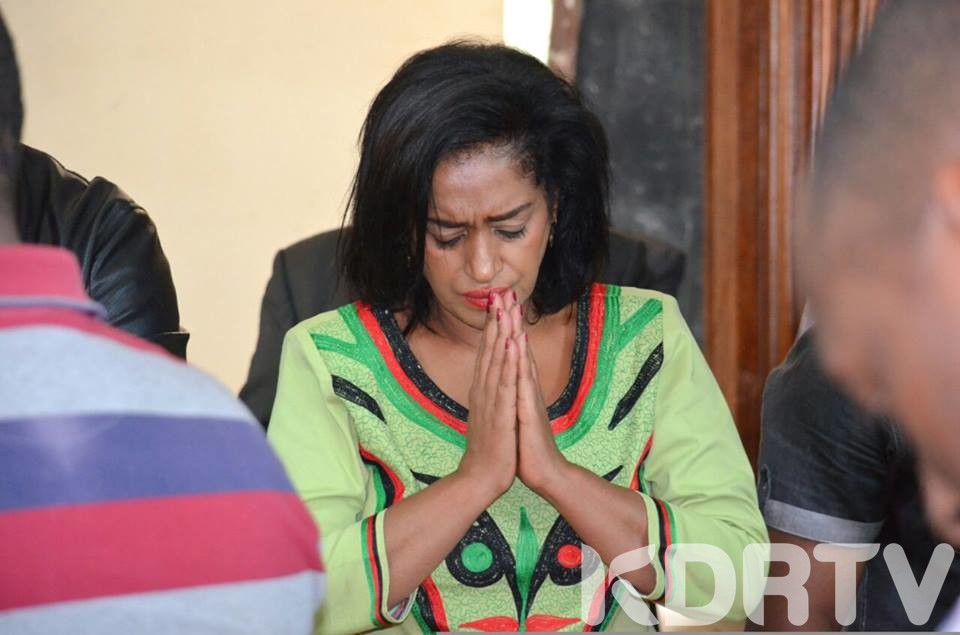 Nairobi Woman Rep Esther Passaris has promised to deal with blogger Robert Alai for linking her to prostitution.

On Wednesday, Alai accused Passaris of looking for men to sleep with instead of fighting corruption in Nairobi.

He said that land grabbers were on the loose following the incarceration of Nairobi Governor Mike Sonko, He pointed to the case of Akiba Estate in South B, where a private developer was back despite Sonko revealing that the piece of land had been grabbed.

‘MP and MCAs basically doing nothing. Esther Passaris looking for those she can bed!’ The tweet further said. 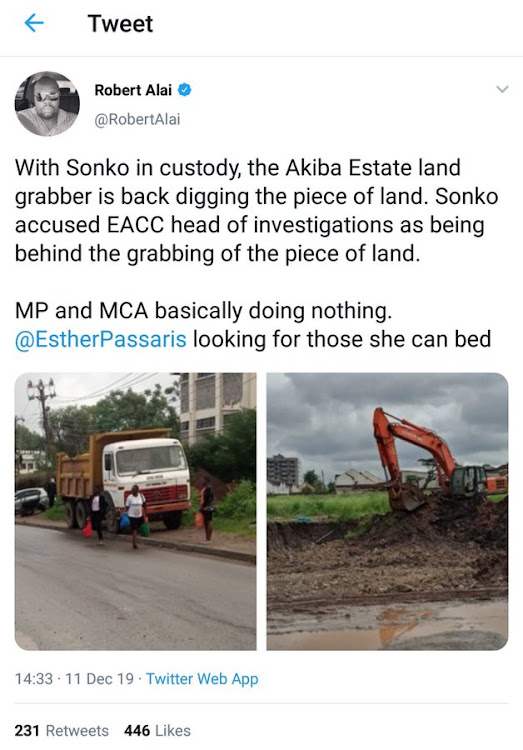 In response to the tweet, Passaris said she has instructed her lawyer to take action against the blogger, whom she branded a liar.

“I have instructed my lawyers. #RobertALiar will have his ‘days of doom’ sooner rather than later,” Passaris said.

“…It is honestly pathetic that over the years he derives relevancy by attempting to demean my being and my stature to whats between my legs,” she said.

When men stick their necks out for women their grannies, mothers, sisters, nieces, aunties, and daughters will be safe. Until then it will be an uphill task to protect ourselves. #BeYourSistersKeeper https://t.co/3XWwv89je2

In June this year, Nairobi Governor Mike Sonko claimed that Passaris tried to lure him to a city hotel. Sonko leaked a phone conversation with a woman alleged to be the city MP. In the video the woman tells the Sonko that she ‘loves’ him. Passaris has severally denied these claims.

In November 2016, controversial lawyer and politician Miguna Miguna called Passaris a prostitute during a live political show with Jeff Koinange on KTN.