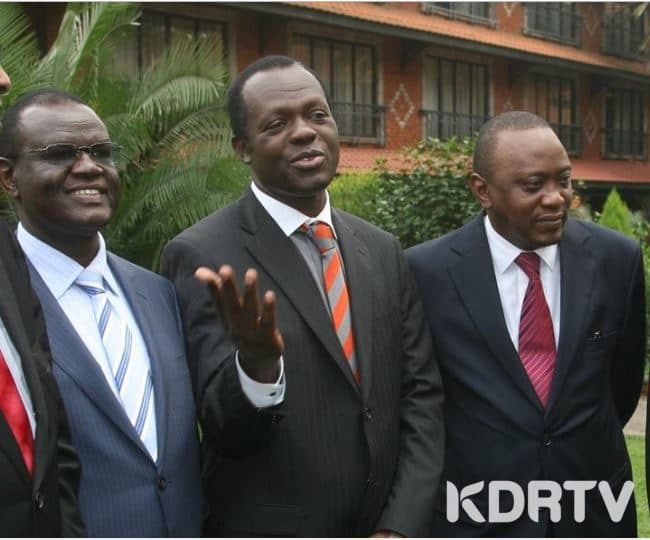 State House has defended Jubilee Secretary General Raphael Tuju from the  constant Ruto attacks. While speaking to the press yesterday, spokesperson Kanze Dena told off DP William Ruto on his jabs towards Tuju. She reminded him that the Jubilee Secretary General strictly works for President Uhuru Kenyatta. DP Ruto and his foot soldiers have been at the forefront calling for resignation of Tuju, over his association with Raila Odinga.

”So our democracy is so liberal that the SG of a ruling party has become the chief strategist of the opposition!! Maajabu (wonders),” the DP wrote on twitter on Sunday.

In response to the DP, State House spokesperson Kanze Dena  said that Mr Tuju’s Rarieda meeting was official and it was sanctioned by the President.

“The meeting in Rarieda was a government function and Mr Tuju was there in his capacity as the presidential representative.The Cabinet Secretary had an official speech of the President and, therefore, it was not a private function but a development event by the government.” said Ms Dena.

Ever since the handshake between Raila Odinga and President Uhuru Kenyatta, Jubilee Party has been split right in the middle. There have been two factions pulling towards opposite directions. The Team Kieleweke allied to the President and the pro-Ruto Team Tanga Tanga.

However, it is noteworthy that Tuju has been on the chopping boards by virtue of him being from the same community with Raila Odinga.