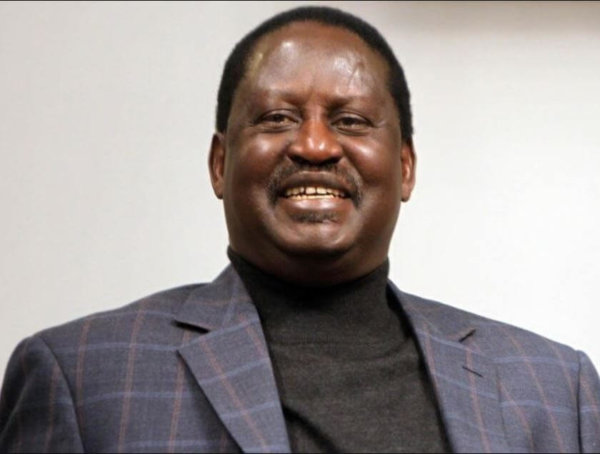 (KDRTV) –  ODM leader Raila Odinga is in high spirits at the Nairobi Hospital, his personal doctor has confirmed.

KDRTV reported on Tuesday evening that the former PM had checked into the hospital earlier in the day. He was admitted at the facility, with doctors advising him to take a rest.

Dr David Oluoch, Raila’s personal physician has now confirmed that the African Union is indeed admitted at the facility after feeling fatigue.

“Hon. Odinga walked in for routine medical tests at the Nairobi Hospital on 9th March after feeling some fatigue. He had a rigorous campaign and needed to have some checkup. This was carried out successfully. He is still undergoing some further investigations with a team of doctors and has been advised to take a rest,” reads a statement from the neurosurgeon. 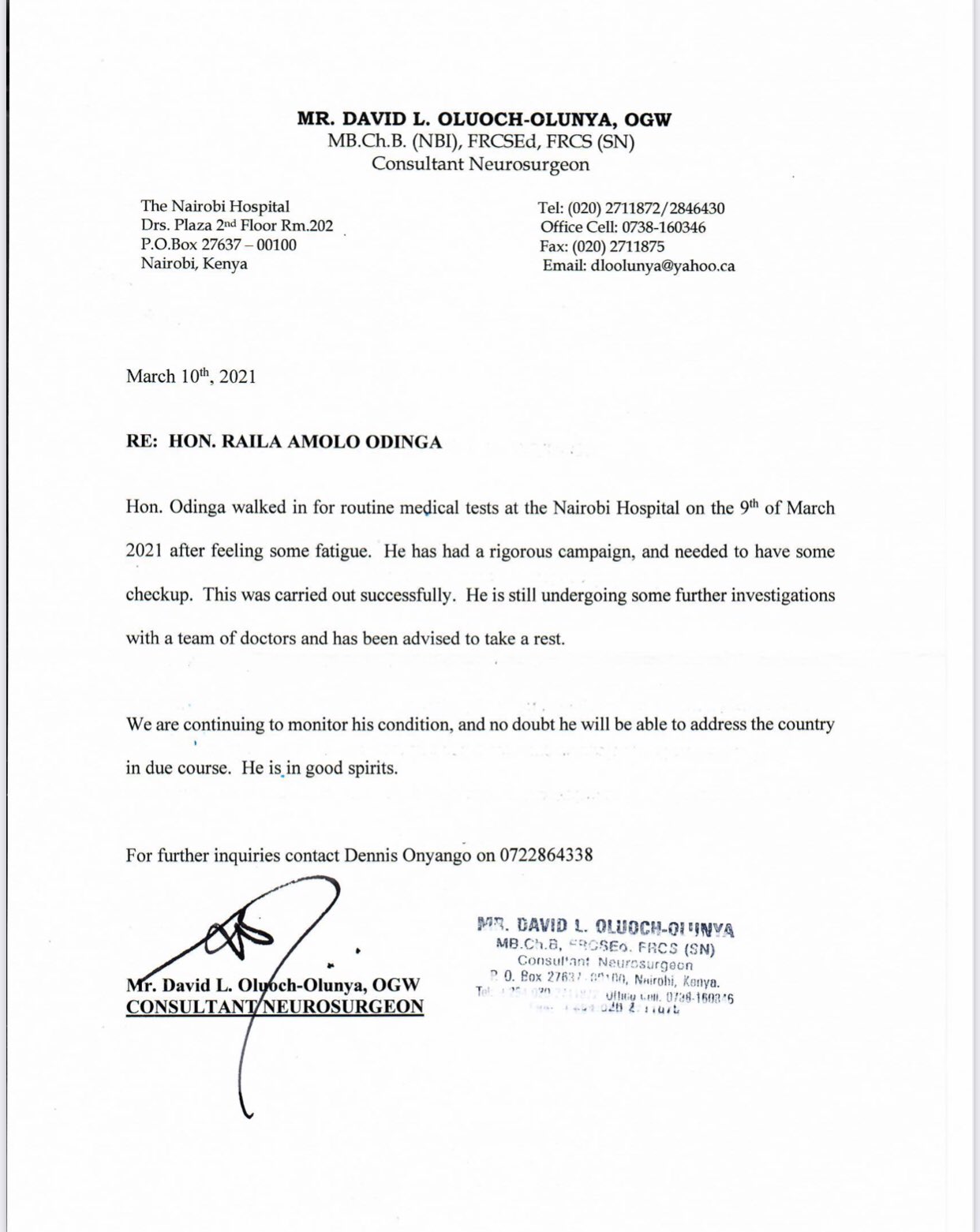 He said Baba will address the nation in due course.

Meanwhile, Kenyans from all walks of life have sent goodwill messages to baba as he recovers at Nairobin Hospital.

Elgeyo Marakwet Senator Kipchumba Murkomen asked baba to get well soon so that he can continue with his liberation work.

I wish Baba @RailaOdinga a very quick recovery. We need the former PM back to his energetic self to continue with the journey of making our nation and our young democracy stronger. My prayers and best wishes to him. pic.twitter.com/jRmKNEZ9Ij

“I wish Baba a very quick recovery. We need the former PM back to his energetic self to continue with the journey of making our nation and our young democracy stronger,” Murkomen said.