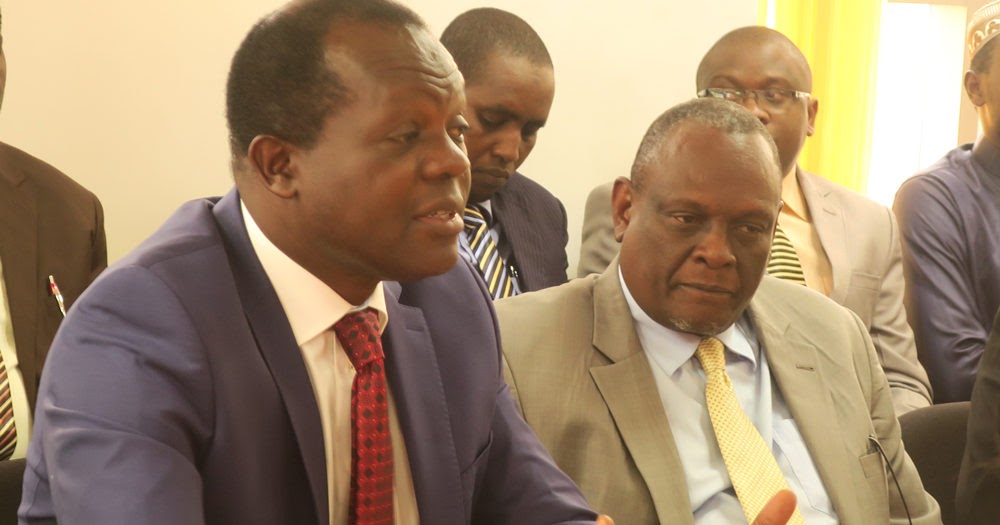 Jubilee Vice-Chairman David Murathe and Secretary-General Raphael Tuju have each offered explanations on why Jubilee Party performed poorly in the just concluded by-elections.

Tuju spoke on Citizen TV on Thursday, May 20 saying that the election witnessed a low voter turnout.

“Those who have won in the by-elections, a few wards where turnout was very low and the dynamics are completely different with a general election, they have every right to celebrate but we will be back,” he said.

Murathe who appeared on KTN news argued that it’s not a must for a party to win the election every time they run.

“Who says that every time you run an election you have to win it?  You go to an election to win or to lose? If Ruto’s allies believe that they are strong enough, let them move out of the Jubilee Party so that we conduct little general elections in their constituencies,” Murathe, who appeared on KTN News dared.

Murathe further said that Uhuru is focused on completing his term and wouldn’t be distracted by the loss. Tuju on the other side conceding defeat saying they should have performed better.

“I take responsibility for not performing as well as we have performed in the past,” he said.

Atwoli urged Jubilee to go back to the drawing board and come up with a better strategy.

“You can advise and it will be followed or not, so you cannot blame the advisors. There are advisors and those who implement them. But it is too early for the opponents of Uhuru to start celebrating. They will be deceiving themselves,” Atwoli cautioned.