The Independent Electoral and Boundaries Commission (IEBC) has come out to address the sentiments by Kenya Kwanza that 3000 KIEMS kits have gone missing.

The Ruto-lee coalition pointed out the issue days ago when IEBC met with the coalitions.

The electoral body has denied the allegations that the KIEMS kits are missing. IEBC in a statement noted that the electronic gadgets in question are BVR kits which are used for voter registration.

“This report is false and misleading. The Auditor General’s report made reference to BVR kits and not KIEMS kits. BVR kits are used for voter registration and not voting. The Commission procured 15,000 BVR kits in 2012 that have technically reached the end of life, ” Chebukati stated.

Chebukati added that should any kit miss the Commission is able to block it from any use.

“The Commission keeps an inventory of all its kits and in the event of any loss, the kit will be blocked from doing any transaction on the system.” 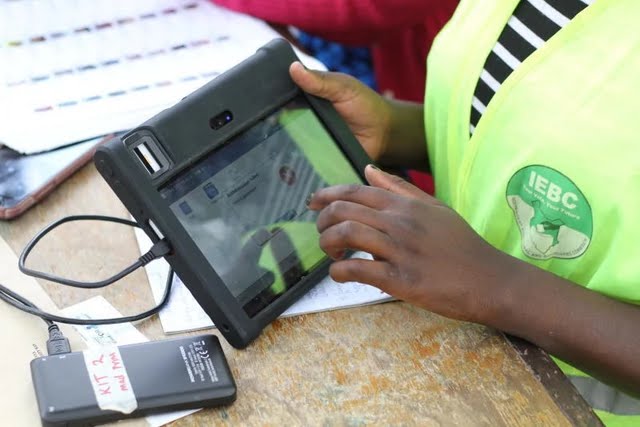 Chebukati also refuted reports that there were non-gazetted voting stations, placing the actual number of polling stations in the country at 46,229.

Additionally, Chebukati noted that issues mentioned in the KPMG audit about the integrity of the voter registration had been resolved.

“The commission contracted KPMG to undertake an audit of the register of voters as part of providing assurance on completeness and accuracy of the register.

“The issues raised by the report were fully addressed by the commission prior to certification of the register of voters,” he explained.