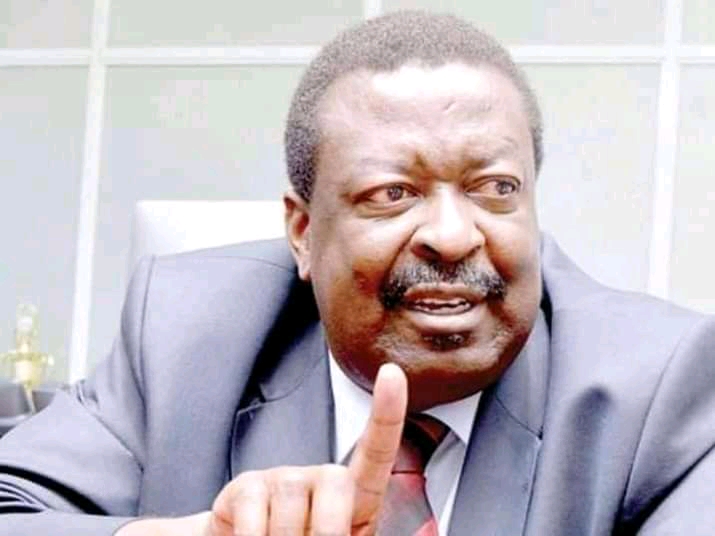 Going by the current political winds and the thermal wave that ODM and UDA factions are pulling, it will be a survival move for ANC party leader Musalia Mudavadi to cut off his ego and coil back the unachievable ambition of becoming Uhuru’s successor bin 2022.

It is certain as the sun rises from east to west that Mudavadi’s chances of clinching to the country’s top seat in 2022 are next to zero 2022 if things remain as they are.

Mudavadi should understand that 2022 presents a good opportunity for him to reorganize and plan for the future, plans of being President of Kenya in 2027 or 2032 therein. This is the only maiden opportunity William Shakespeare used to paraphrase as “get it right or miss it for good”

Becoming the President does not only surround one’s perceived stronghold. You need the people across the country,  the resources and the strategy. I am not sure if Mudavadi has have any of the aforementioned requirements.

It is beyond doubts that Mudavadi is high up the list of individuals who means well for this country and he can sacrifice his ambitions for the same. Politics is a game of persuasion. The best at it wins. Looking at 2022, we have 2 horses. Raila Odinga and William Ruto.

However, the two needs Mudavadi more than he needs them to ascend to power. He will be a luxury to any of them should he choose to support any.

This is a fact I don’t expect to be supported by those who support the two horses.

Because of this, I get to think Mudavadi can reap big. But reaping big here is not just in terms of exchanging goodies but must also include his clear and elaborate plan for takeover in 2027.

The problem however is, Mudavadi can’t takeover in 2027 if he supports William Ruto. On the other side, supporting Raila Odinga can give him that opportunity to takeover in 2027. Politics being a game of interest that requires persuasion I think it’s time he thinks along this line.

He ought to negotiate with the two but preferably Raila Odinga to have the following.

Raila Odinga support ANC candidates in Western Kenya, this will mean he takes the hardest decision of annoying some of his loyalists in ODM. Through this, ANC will have biggest numbers of elected leaders in Western Kenya(Governors, Senators,MPs and MCAs)

Mudavadi Set To Be Endorsed Early Next Year For Presidential Seat