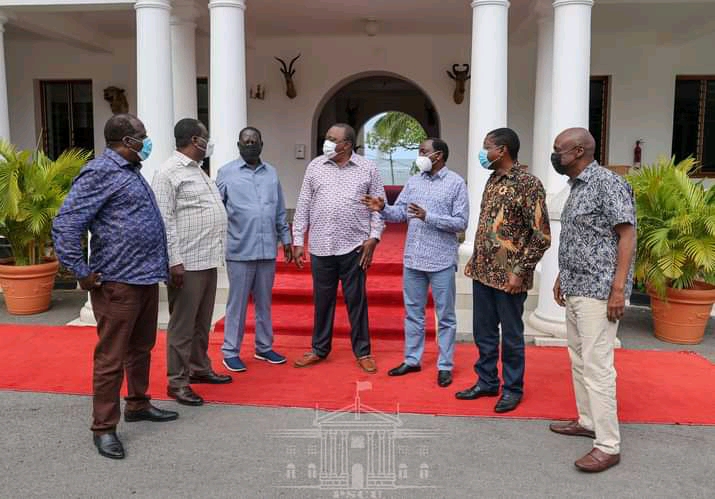 One Kenya Alliance (OKA) chief principals are now racing against time to strengthen and revamp their political demands for an anticipated tough presidential race on 9th August 2022.

According to the Parliamentary Group meeting that was held at Mudavadi’s Karen home, Nairobi, the party resolved to hold a National Delegates Conference (NDC) early next year to ratify party policies and regulations and stamp Mudavadi’s bid to fly ANC flag in next year’s race.

While addressing the media, Mudavadi affirmed that he is reap to take over country’s top leadership mantle and re-emphasized that he will fight with his competitors up to the end until he clings to power. He also disputed the ongoing notion of two-horse race by confirming that his heavyweight piling pressure has started setting the political temperatures high.

“I just want to reassure you, my people, that I am that fine and ready for the presidential contest. We shall fight with my competitors up to the end. I will be there, God willing. I will be in the field in 2022 and there are no two ways about it” Mudavadi said.

Lugari MP Ayub Savula intimated that Mudavadi will not play second fiddle to any other presidential aspirant despite the alleged Uhuru’s pressure coercing One Kenya Alliance to throw weight behind ODM party leader Raila Odinga in 2022.

“We maintain our position that nobody should be coerced to vote for or support any leader against one’s will. Let democracy prevail and let the people decide they want to be their leader” Savula said.