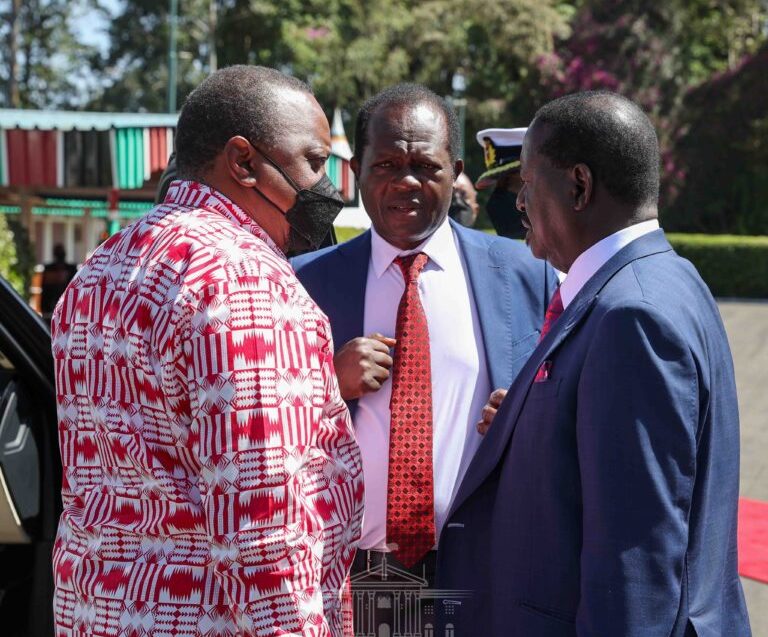 Despite going into retirement in a few months’ time, President Uhuru Kenyatta still maintains a huge influence in Mt Kenya and other parts of the country.

According to political expert Andrew Maringa, most Mt Kenya politicians who are in UDA are guns for hire since they have not tendered their resignations from the Jubilee Party with 6 months remaining before the August 9 general elections.

“They are members of Jubilee who have moved to UDA for their own interests. But when the time comes, when the President calls the people of Mt Kenya region and the Jubilee party members, all will go back to their house.’’ Maringa said as quoted by The Star.

Maringa went on and praised the head of state for making running the country smoothly despite the coronavirus pandemic.

“Uhuru has held the presidency at the toughest time of the coronavirus pandemic, which no other president ever went through, we must say that he tried,” Maringa added.

President Kenyatta is also expected to hold Sagana 3 meeting at the Sagana state lodge where he is set to deconstruct the anti-handshake forces.

This is because some political analysts have advised the head of state to endorse Raila in a huge public gathering to draw  Mt Kenya votes from Deputy President William Ruto.

During the BBI campaigns, the President effectively galvanized his loyalists and leaders from Mt Kenya, more particularly MCAs to pass the Bill.