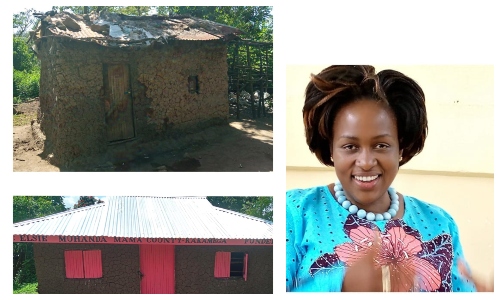 According to many, Muhanda would have done better. At least build a permanent house for the family instead of something that will wear out in just a few months.

Many also expressed their disgust for splashing her name on the house. 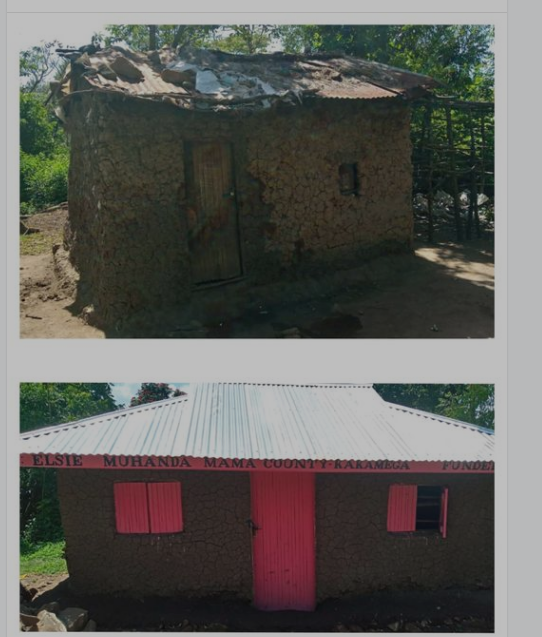 Mercy Dreamgal Omondi: “But we celebrate mediocrity anyway, it is well mamma you have outdone the mahindi choma and shoe shining posers yako umepeleka another levoo

a branded Matope house,why not

Kiprotich Ricky: Was the inscription of your name necessary ?

Mjukuu Wa Tz Good work, Whether umeandika jina or not, it’s the owner who knows what it means to have such a house

Muhanda has been committed to changing the lives of women through various empowerment programmes in Kakamega County.

Early this year, she was endorsed as the patron of the Women Farmers Association of Kenya (Wofaak).

The woman rep has also been known to fight for women’s rights and campaign against police brutality.

Her recent project, however, has not pleased many. Kenyans argued that politicians have now started campaigning and such projects will be should be expected.