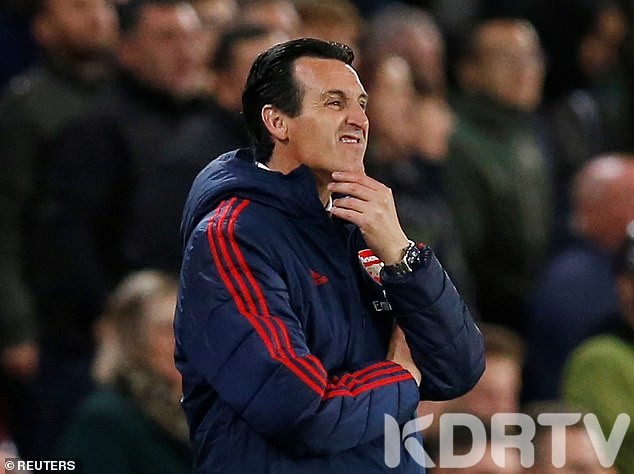 Unai Emery, Arsenal Football club manager has called on its fans to be patient with him, asking for more time to grow the club and lead them back into the Champions League.

On Monday, the Gunners experienced a disappointing defeat of o-1, leaving them ranked fifth in the premier league.

Emery comes after the former 22-year Frenchman’s manager Arsene Wenger was ousted following tail off at the end of last season and a narrow miss out a top-four finish as they lost to Chelsea in the final of the Europa League.

“It’s normal to have in different and difficult moments criticism for our work and my job,” Emery said on Wednesday ahead of his side’s Europa League clash with Portuguese club Vitoria Guimaraes. “We need to accept that,” said Emery.

Emery explained that his focus  in the next matches was fixated on thinking about how they would improve and attain little by little progress to achieve their immediate targets.

“Our objective is clear on where we want to get,” added Emery. “We are at the beginning. Really, I am very confident in the players, in our job, in our work, in the club strategy, in every player.”

The Monday October 21 game earned the club criticism as they failed to break down the Blades, due to Emery’s repeated refusal to field Mesut Ozil.

He urged Arsenal fans to be patient and await the progress that is expected in the near future.

“Above all I want to continue being an offensive team, improving defensively but offensive. Our mentality is to be offensive. I am going to get that balance I am sure.”