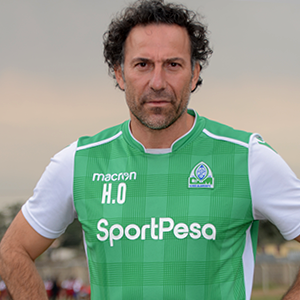 The Turkish tactician left the club last week on a five days break to attend to personal and family related issues upon which was expected back for duty on Tuesday. However this did not happen with the coach writing to the club’s chairman tendering his resignation from the club.

In his letter , Oktay has been forced to resign due to unsolved personal issues further he has wished the club the best in the forthcoming assignments. His resignation as on the clubs website reads;

“Kindly accept my resignation as Gor Mahia FC head coach effective today, the sixth day of August 2019. As you are aware, the decision has been forced on me by the personal challenges I am facing back  here in Europe.

I wish to thank you and the entire club, including the fans for the opportunity you accorded me to manage this great club. I also wish you guys all the best in your forthcoming assignments.” Said Oktay.

On their party the club has accepted coach  Oktay’s wish to terminate his contract and thanked him  for his services during his one year stint at the club. Further the club wishes to convey  prayers  for Oktay’s situation to get better.