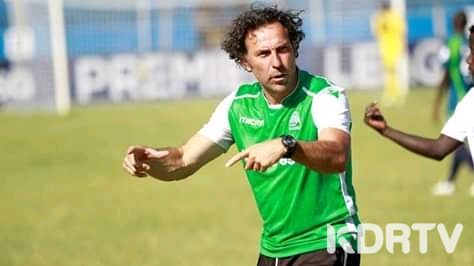 The development was confirmed by the club through it’s media outlets which stated that the coach will leave the club  for Turkey on Tuesday  to attend to  family issues. The statement further reads that the tactician will report back in about five days time.

Head coach Hassan Oktay has been accorded a few days off duty to attend to personal family matters back at his native home in Turkey.

We are wishing him safe flight home as he hit the runway tomorrow.”#Sirkal

However word has it  that the coach has not been happy with the office concerning the club’s transfer business in which he hasn’t been consulted and it’s believed that the disagreement could be a factor to his departure.

Should the differences not be solved then the  Turkish born  coach will  level the club and will be remembered for having steered Gor  Mahia in winning the KPL last season and subsequently leading the club to a quarter final slot in the CAF Confederations Cup .

In his absence assistant head coach Patrick Odhiambo will take full charge of the team.