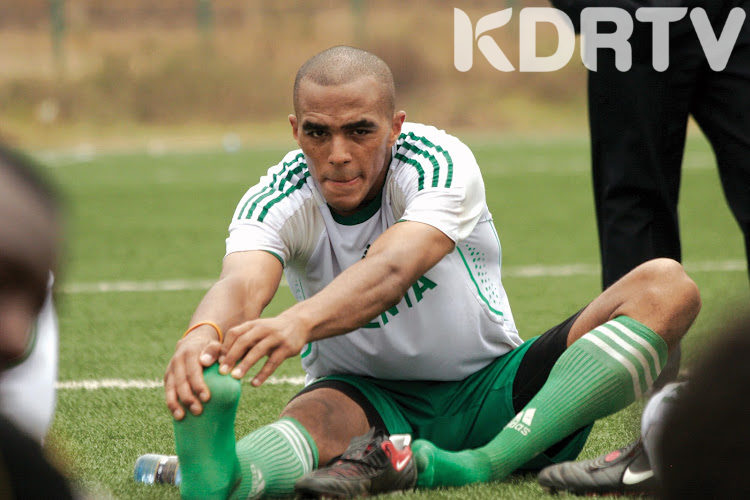 Taiwo was born to a Kenyan father and British Mother in London. He began his footballing career in USA where he played for a number of prestigious clubs and drew notice from the England national team.

He however snubbed the Three Lions and was interested in playing for the Kenyan National Team. His choice was met with a lot of opposition forcing Raila Odinga the then Prime Minister to intervene.

Taiwo had knocked on numerous doors in his quest to represent Kenya on the international scene before Raila’s involvement. However, just as he was about to quit up, he met Raila, who brought his dream to life.

“I had declared my intention to play for the national team (Harambee Stars) in 2003. But a lot of things had to happen before I could come.

“I first made contact with KFF in 2003 but they told me that Kenya was serving a FIFA ban. Three to four years went by and then we had the post-election violence (2007). We began correspondences again in 2008 and I arrived at the beginning of 2009. But there was another challenge. The Kenyan Constitution then had no provision for dual citizenship. So they wanted me to renounce my British citizenship and I wasn’t able to do that because I was playing abroad (Puerto Rico),”

“That is when I went to see former Prime Minister who gave me special designation under the new Constitution (2010),” he revealed in a past interview.

Taiwo made his debut in 2009 when Kenya faced Mozambique. His final game for Stars was an 85th-minute substitute appearance in a 2–1 win over Togo in 2013 the AFCON qualifiers.

Also Read:  5 Footballers Who Moved To Manage Their Former Clubs

Subscribe to watch latests videos
In this article:ODM leader Raila