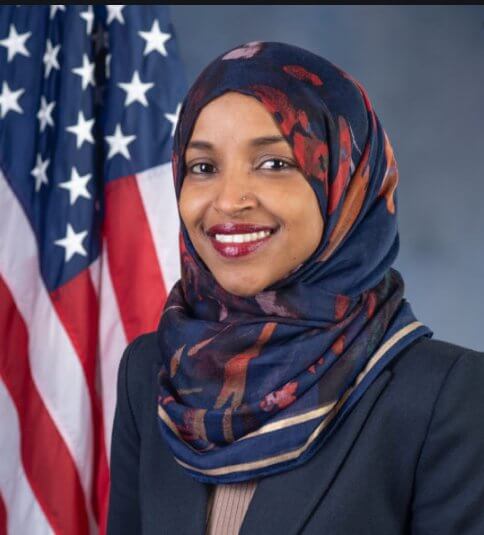 Ilhan Omar has Defended her Congress Seat in US

Omar, running on the Democratic ticket, garnered more than 64% of the ballots in the November 3 elections, beating a well funded Republican candidate Lacy Johnson by more than 150, 000 votes.

US Representative Ilhan Omar, 38, who was once a refugee in Dadaab Kenya has won a second term in the Minnesota’s 5th Congressional District in Minneapolis, Minnesota. #K24ThisMorning @iamjeffmote @mungalambuvi pic.twitter.com/6qJYV08suQ

Omar, who was raised at Kenya’s Daadab refugee camp, was the first woman of Somali origin to be elected into congress in 2018.

She has gained national limelight due to her confrontations with President Trump, a man whose policies she disagrees with.

Misplaced hate has separated so many Republicans from their precious dollars.

We, by contrast, spent less than $5mil and got more votes than any other MN CD candidates.

In September, Trump said Omar will be the reason he wins the Minnesota State elections and asked her to go back to her own country.

“She (Ilhan Omar) is telling us how to run our country. How did you do where you came from? How is your country doing?” Trump said at a rally in Pennsylvania.

Omar responded to Trump’s comments by calling him a xenophobic racist.

“He spreads the disease of hate everywhere he goes, and these cult rallies that he’s holding across the country are now being fueled by fear, and it is no surprise that he is so fearful of winning Minnesota that he has to resort to this hate,” Ilhan told CNN.

The GOP poured millions into MN to undermine our movement, unseat @TinaSmithMN, and win our state for Trump.

But we organized like never before, broke turnout records, and delivered victory for Democrats.

Well, it seems Omar has had the last laugh as Trump not only lost Minnesota but she (Ilhan) defended her congress seat.

Subscribe to watch latests videos
In this article:Donald Trump, Ilhan Omar, US ELECTION 2020