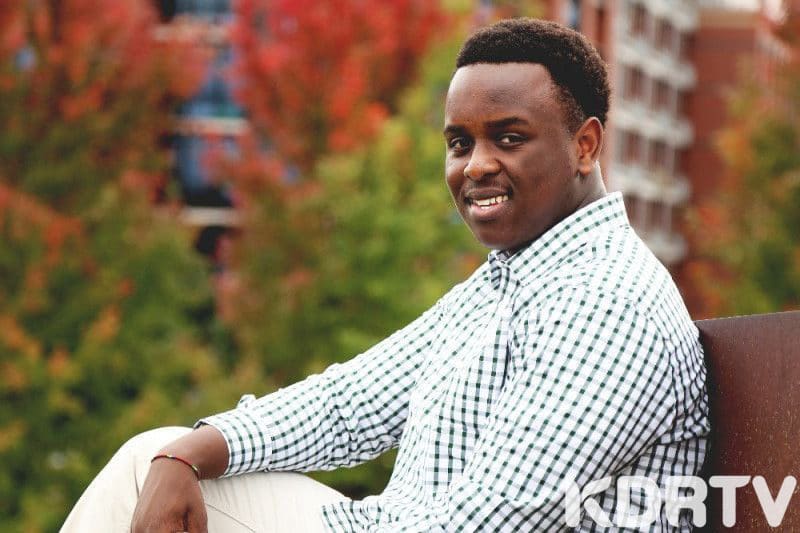 The Kenyan-American family in Minnesota, USA are yet to come to terms with the sudden death of Griffin Gutwa

Griffin Gutwa wanted to help the less privileged in the society by providing them with affordable medical care. He always talked of returning to Kenya where he was born to help alleviate poverty by starting non-profit organizations to cater for the less fortunate in the society.

On Thursday night he was in high spirits to meet the family and friends, he spoke with the Mother and assured her that he will be traveling the next day to meet them and he went further to remind her to tell his Father and siblings to pick him from the airport by 6:00 pm on Friday evening.

Griffin’s family were very eager to meet him too and were already at the airport that evening to meet him, but immediately they arrived at the airport they found out that the plane from San Diego was delayed and were told to come back after one and half hours later not knowing that the plane made an emergency landing in Sioux Falls South Dakota when their son collapsed on-board the flight

When the family returned back to the airport for the second time they were stopped by three policemen which shocked them because they didn’t anticipate to get that encounter from the policeman and had very many questions ringing in their minds; did their son commit a heinous crime or had they flouted any traffic rules ,so they had to stop and follow the instructions from the Officers. The policeman called Griffin Gutwa name and everyone in the car was astonished and compounded the anxiety and desire to know exactly what’s happening.

They were taken to the Airport police offices ,and the news they received is still piercing their eardrums and cannot fathom or comprehend that their beloved son is no more. The Father tore his shirt and started running towards the door but fortunately the doors are locked from the outside, so he could not access the waiting bay.

They were told that their son requested for warm water one hour after the plane was midair from the take off and was seen napping by the passengers seated next to him, but after a little while they saw him gasping for breath ,and they informed the flight attendants to come to his aid.

The flight attendants requested the services from any trained medical personnel who immediately started to perform first aid commonly known as CPR, which we are informed lasted for 45 minutes while the Pilot was looking for the nearest airport to make an emergency landing of which he did at Sioux Falls South Dakota and met with paramedics who continued to do perform CPR using the Defibrillator and took him to Stamford Hospital where he was pronounced dead.

Griffin Gutwa touched everyone he interacted with, he was soft-hearted, soft spoken, very brilliant, respectful and a smart student. He was a Member of the Pathfinder Club at the South-View SDA Church in Minneapolis and helped with the Sound System or PA for the Church whenever he was requested to assist.

When the KDRTV Crew visited his home in Burnsville Minnesota; a somber mood engulfed the whole community who knew him, others were crying uncontrollably while others were reeling in shock as they still don’t understand what really happened to this young age who was to turn 19 Years in April next year.

Griffin Gutwa’s Pastors and Elders at Southview SDA Church Minneapolis are also in shock as to what happened to him but are continuing to counsel  Griffin’s family and friends at their resident every evening.

His cause of death is still under investigation and an autopsy report is yet come out due to the festive season it might be delayed a little bit, but the community at large want to know exactly what caused the young brilliant and promising student demise too soon in his life.

Click below to support the Family with any amount of support