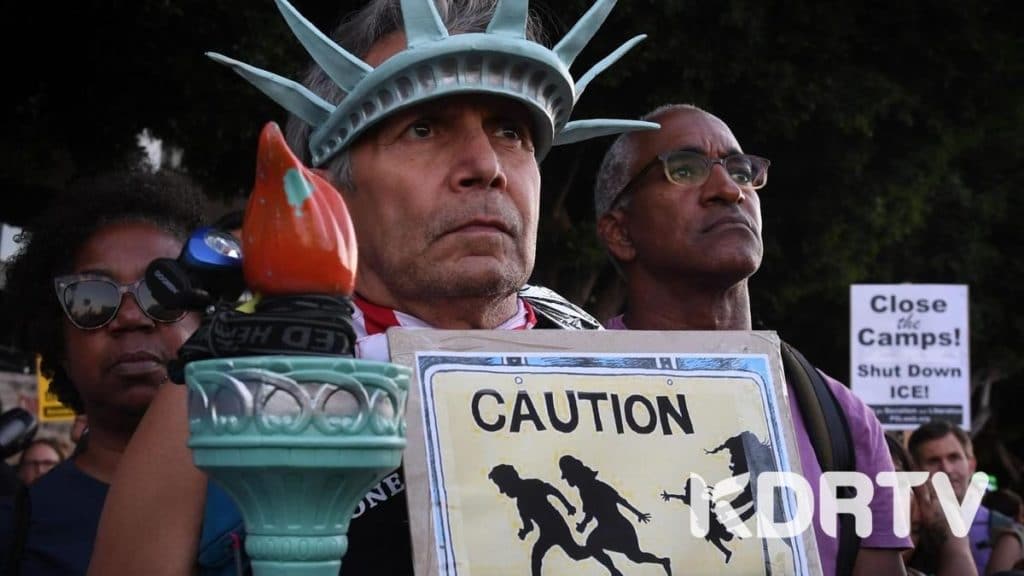 President Donald Trump has said that the United States Immigrants Officials are set to begin arresting and deporting immigrants from Sunday. He confirmed that the nationwide operation is back after delays.

The operation is aimed at hundreds of families that the Immigration court had ordered to be deported but are yet to leave the country.

President Trump has hinted about the operation on Twitter last month but postponed it. It is not normal for the government to announce or hint about deportation prior.

“People are coming into this country illegally, we are taking them out legally,” Mr.. Trump told reporters on Friday.

He referred to the intended exercise as a major operation that would flush criminals out of the US.

According to US official data, in a typical week, the US Immigration and Customs Enforcement (ICE) arrests thousands of illegal immigrants. Trump also reported that he doesn’t care if the advance operation announcement would interfere with the operation.

However, on their side, democratic lawyers have decided to inform the immigrants of their rights. They instructed not to open doors to ICE unless they have warrants issued by a court. They also informed the immigrants not to sign any document without the presence of their lawyers.

The operation is aimed at flushing out majorly the Central American families that enter the US through US-Mexico border. Last similar operations were marred with complaints of improper sanitary conditions that immigrants are forced to stay in among other non-conducive environments including separation of children and adults by the border officials.