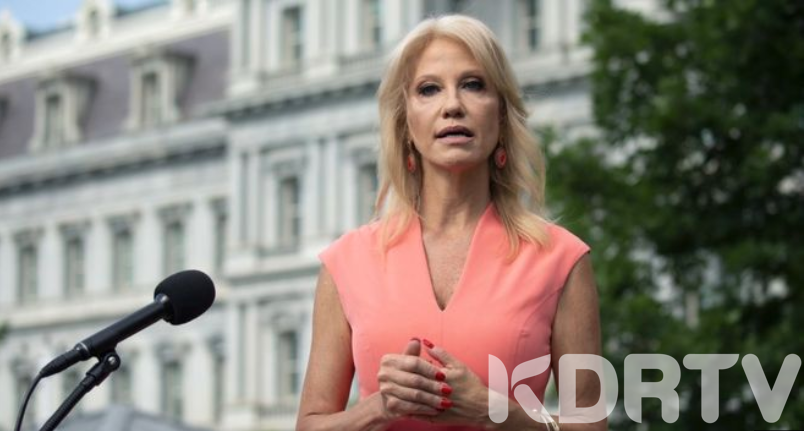 In her statement, Mrs. Conway pronounced that she was stepping down at the end of August to focus on her children, affording them “less drama, more mama”.

At the same time, her husband George Conway who was an outspoken critic of President Donald Trump also declared that he will stand down from political activism

Mrs. Conway announced that the decision to resign was “completely my choice,”  and that she would make an announcement for future endeavors

Mrs. Conway was expected to speak at the Republican National Convention later this week but there are uncertainties if she would make it after resigning

Mrs. Conaway played a more conspicuous role in the success of President Donald Trump in the 2016 elections

In contrary to her wife`s efforts, Mr. Goerge Convay is co-founder of the Lincoln Project which is a Republican political action committee meant to thwart the re-election of President Donald Trump.

“The past four years have allowed me blessings beyond compare,” she said in a statement.

“[George and I] disagree about plenty but we are united on what matters most: the kids,” she added.

“Our four children are teens and tweens starting a new academic year, in middle school and high school, remotely from home for at least a few months,” continued Mrs Conway. “As millions of parents nationwide know, kids ‘doing school from home’ requires a level of attention and vigilance that is as unusual as these times.”

KDRTV notes that the resignation declaration by Mrs. Convay surfaced hours after Mrs. Conway`s daughter Claudia took to her Twitter account to complain that her life has been ruined while her mother was serving the White House.

my mother’s job ruined my life to begin with. heartbreaking that she continues to go down that path after years of watching her children suffer. selfish. it’s all about money and fame, ladies and gentlemen.

Despite being a great President Donald Trump`s confederate, Mrs. Conway has been a controversial icon.

Mrs. Conway was also faulted after pressing people during a live interview to buy clothing developed by the president`s daughter Ivanka

In the recent past, she was almost fired after the US government`s oversight agency blamed her for engaging in banned political activities while in office

Read also: Joe Biden Boxes Trump into the Corner as he picks Kamala Harris as his choice for VP

At the same time, her husband has public disrespected President Donald Trump calling him “Incompetent” and in a retaliation response, Mr. Trump called him “stone-cold Loser”