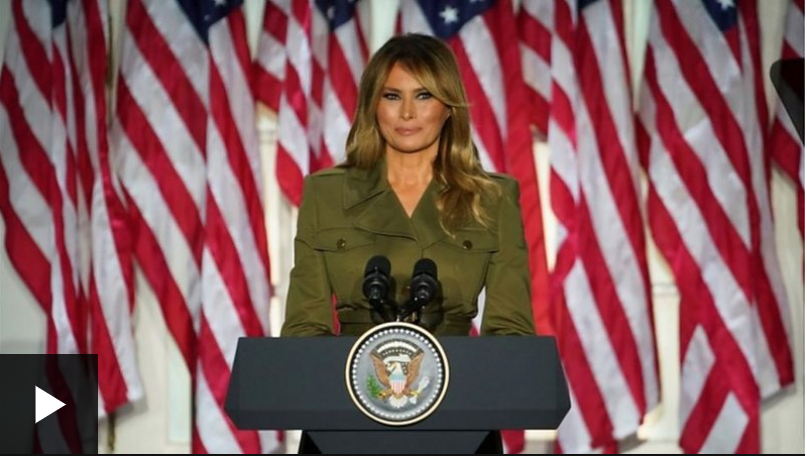 (KDRTV)-The US First Lady Melania Trump has pleaded with the Americans to embrace racial unity in a live speech from the White House to the Republican party convention.

The second night which was designed around the theme of “Land of Opportunity”  also afforded president`s children, Eric, and Tifanny Trump opportunity to give a speech

“They want to disrespect our National Anthem by taking a knee,” he said, “while our armed forces lay down their lives every day to protect our freedom.”

At the same time, he faulted Joe Biden of planning to defund law enforcement, however, the Democrats flag bearer has not made such a proposal.

The President is also scheduled to officially address the Republican convention`s last night on Thursday.

“Like all of you, I have reflected on the racial unrest in our country,” she said.

“It is a harsh reality that we are not proud of parts of our history. I encourage you to focus on the future while still learning from the past.”

She further urged the Americans “to come together in a civil manner so we can work and live up to our standard American ideals.

“I also ask people to stop the violence and looting being done in the name of justice, and never make assumptions based on the color of a person’s skin.”

The Tuesday`s night commenced with a prayer for Jacob Blake, the father of three, who was shot by police in Kenosha City