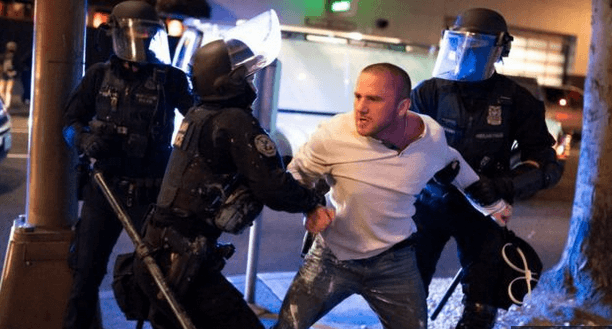 (KDRTV)-The US President Donald Trump and his September elections challenger Joe Bidden have clashed over the violence that was inspired by the protests in Portland, Oregon

President Trump had faulted the Democrat Mayor of Portland, Ted Wheeler for giving room for “death and destruction of his city”

However, Mr. Bidden criticized President reiterating that he was “recklessly encouraging violence”.

According to our previous reports, a man was fatally shot in Portland on Sartuday; another incident involved Pro-Trump rally clashing with Black Lives Matter protestors

Portland among other cities in the US has become a hub for rallies against police violence and racism since the killing of African-American Goerge Floyd in Minneapolis on 25 May.

“For those of you saying on Twitter this morning that you plan to come to Portland to seek retribution, I’m calling on you to stay away,” he warned

The Mayor also responded to Trumps criticism stating that he was the US president who had “created the hate and the division”.

“I’d appreciate it if the president would support us or stay the hell out of the way,” he said

In his series of Tweets, Mr. Trump said that Portland will never recover if the mayor is not discharging his duties accordingly. He thus suggested sending Federal forces to the city.

President Trump also accused Joe Bidden of not being ready to lead the US.

..The people of Portland, like all other cities & parts of our great Country, want Law & Order. The Radical Left Democrat Mayors, like the dummy running Portland, or the guy right now in his basement unwilling to lead or even speak out against crime, will never be able to do it!

Currently, as President Trump continues to lock horns with Joe Bidden, the Portland police are investigating shootings in the city

KDRTV established that such shooting was encouraged by a clash between President Trump supporters and the Black Lives Matters protestors.

The US has been outraged with police brutality, racial disparity calls and violent protests which have become iconic during President Trump`s regime