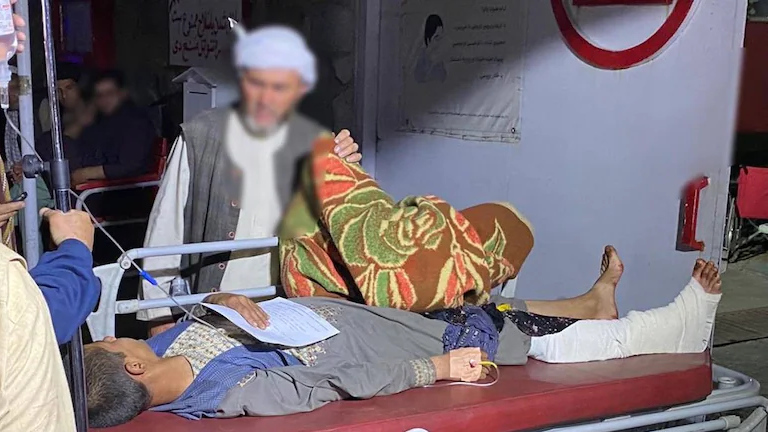 KDRTV NEWS: Reports have indicated that children are among the 17 people killed and 41 others injured in Kabul`s celebratory gunfire by the Taliban fighters.

Reports indicate that the Taliban fighters fired celebratory aerial gunshots after allegations that they had taken over the Panjshir valley.

Emergency Hospital Midnight: People taking their loved ones wounded by the Taliban Air shootings to the hospital. #Kabul #Afghanistan pic.twitter.com/lFv7vdqC4I

Taliban commanders said that they overpowered the trouble makers in Panjshir

“By the grace of Allah Almighty, we are in control of entire Afghanistan. The troublemakers have been defeated and Panjshir is now under our command,” said the commander.

At the same time, an emergency health facility in Kabul said that it received at least 17 bodies and 41 wounded people caused by Friday night’s gunfire.

The #Taliban carried out cheerful shootings in most parts of Kabul last night, believing that they had taken control of #Panjshir province, while the Resistance Front denied the Taliban's claim, saying they had inflicted heavy casualties on the Taliban. pic.twitter.com/GbheJ0pSNH

However, Ahmad Massoud, leader of the resistance forces said that the Taliba`s news of the Panjshir conquest is false.

News of Panjshir conquests is circulating on Pakistani media. This is a lie. Conquering Panjshir will be my last day in Panjshir, inshallah.

The fight between two rivals started after they failed to agree on negotiation talks.

The Taliban took over Afghanistan after the US withdrew its troops.

However, around 100, 000 Afghans have left the country fearing the severe Islamic laws that the Taliban is about to implement.