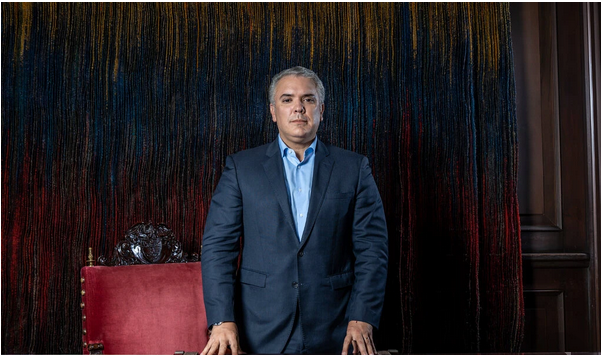 KDRTV NEWS: A helicopter carrying President Ivan Duque of Colombia has been hit by a bullet in an attack on Friday afternoon.

However, he did mention if there was any injury.

Colombia`s authorities did not immediately say who was responsible for the attack that took place near the border with Venezuela.

President Duque said that that was a cowardly attack and promised to continue fighting drug traffickers and organized crime groups in the country.

The Colombian government has been battling left-wing guerillas, drug cartels, parliamentary operations, and other criminal elements for generations.

The attack occurred at the time when the president was flying to the border city of Cucuta from Sardinata in the besieged region of Catatumbo. 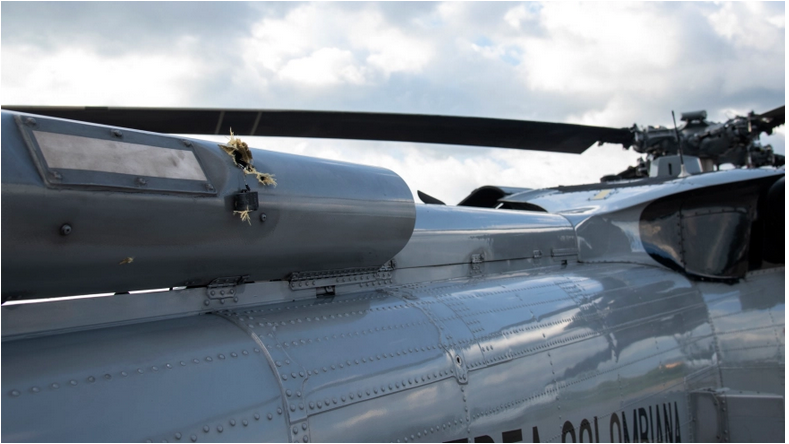 The helicopter carried the Defense Minister, Interior Minister, and governor of the department of Norte de Santander, Silvano Serrano.

KDRTV established that the Catatumbo area is where coca cops used to make cocaine flourish.

Many armed groups that control the drug trade also reside in the region.

The group includes members of FARC who did not sign the peace deal as the National Liberation Army called ELN.

The attack on President`s helicopter is said to have occurred at the most difficult time in his presidency.

It is not clear if the attackers knew the president was on board.

Colombians have organized protests complaining about the rising poverty and inequality.

The national police have killed dozens of civilians during the attacks.

During a video address, the President said that Colombia is strong to face such threats.