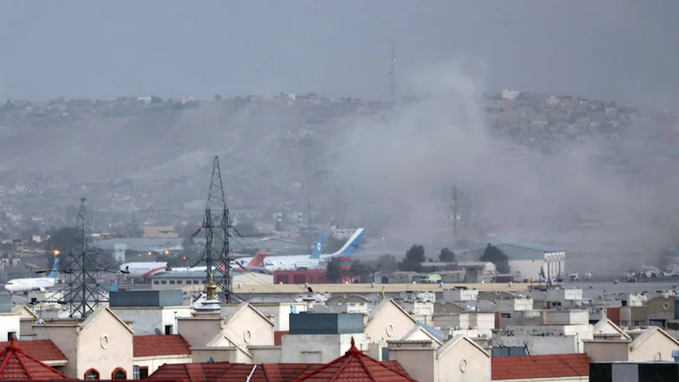 The explosion takes place outside the Abbey Gate where reports indicate that the US and British forces were previously stationed.

The US has reported that there are several US and civilians casualties in the twin bomb suicide attack.

The attacks have just occurred few hours after the US and allies` intelligence warned about the deadly attack.

The UK armed Forces Minister James Heappey earlier today told the BBC NEWS that the attack could be “severe” and imminent.

Despite the early warning, the Afghans were too desperate to heed such warnings.

The attack has occurred after the Taliban leaders had urged the United States to discourage Afghans from leaving the country.

There were still dozens of people crowded at the scene even after the warning.

Over 90, 000 have left Afghan fearing the implementation of the severe Taliban Islamic rules.

The Taliban fighter took over the country after the US troops pulled out of the country.

The is still warning of more attacks at the airport.

Mike Johnson, a former US Army battalion commander who was deployed in Afghan said that observers “all knew that this was going to happen”

The attack has occurred at a time when many western countries are about to finalize their evacuation mission in Afghan.

“Bodies, flesh and people were thrown into a canal nearby,” Milad, who was at the scene of the first explosion, told the AFP news agency.

KDRTV INSIGHTS projects that many casualties will be reported from the scene.