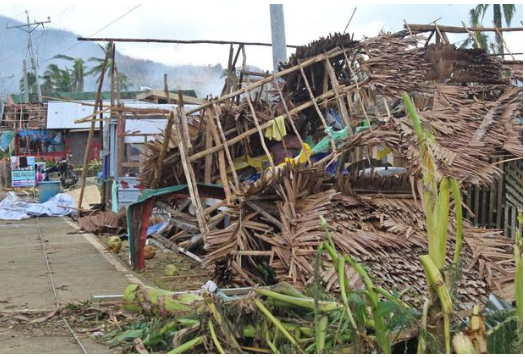 KDRTV NEWS:  More than 208 people are feared dead, while 53 have been reported missing following typhoon incident in the Philippines.

The Philippines national police also said that 239 others are sustaining severe injuries.

Typhoon Rai caused 121 miles per hour winds and gusts of up to 168mph.

KDRTV expects the death toll to rise because many of the hit towns were out of reach for the rescue teams.

However, the country has started massive clean-up and repair after the weather improved.

Reports indicate that falling trees or walls hit many people who died. Others drowned in flash floods or were buried alive in the landslides.

Typhoon Rai reportedly was worse than the typhoon Haiyan that devasted the Philippines in November 2013.

Many people could have died supposed they were not evacuated from the high-risk zones in the country before the typhoon arrived.

The typhoon interfered with the vaccines programs in the country

Some of the providers raised concerns that they would run out of fuel since they now consume a lot to run generators due to power outages.