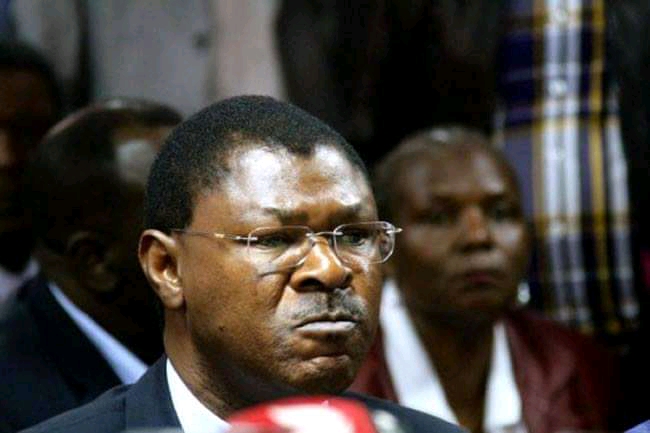 The embattled Ford Kenya party leader Moses Wetangula has been tasked to rush to the political drawing board and fix out the void left by defectors to other bigwig parties.

Speaking during the funeral ceremony in Sirisia, Bungoma County, Wangamati intimated that he will sort electorates’ directives on which vessel to sail in on his re-election journey.

“I am yet to choose between Raila Odinga’s Azimio La Umoja and William Ruto’s UDA for the 2022 General Election. It’s a decision that I will make after consulting residents and key political stakeholders,” Wangamati told mourners.

“I will listen to Bungoma electorate on where they want us to go and that is what will inform my political direction as I vie for re-election,” he added.

This comes a time when the speaker of Senate Kenneth Lusaka has been crisscrossing the county while wooing the voters to endorse his bid in 2022.

Lusaka lost Bungoma Gubernatorial seat in 2017 to Wangamati. The region supremacy battle between Wetangula and Wangamati purged Bungoma county chief out of the Ford Kenya party. Wangamati, Wamunyinyi and Eseli attempted to stage a coup to overthrow Wetangula from the party’s head position but it failed after Wetangula’s faction held a National Delegates Conference (NDC) at Bomas of Kenya and excommunicated the three aforementioned legislators from the party.