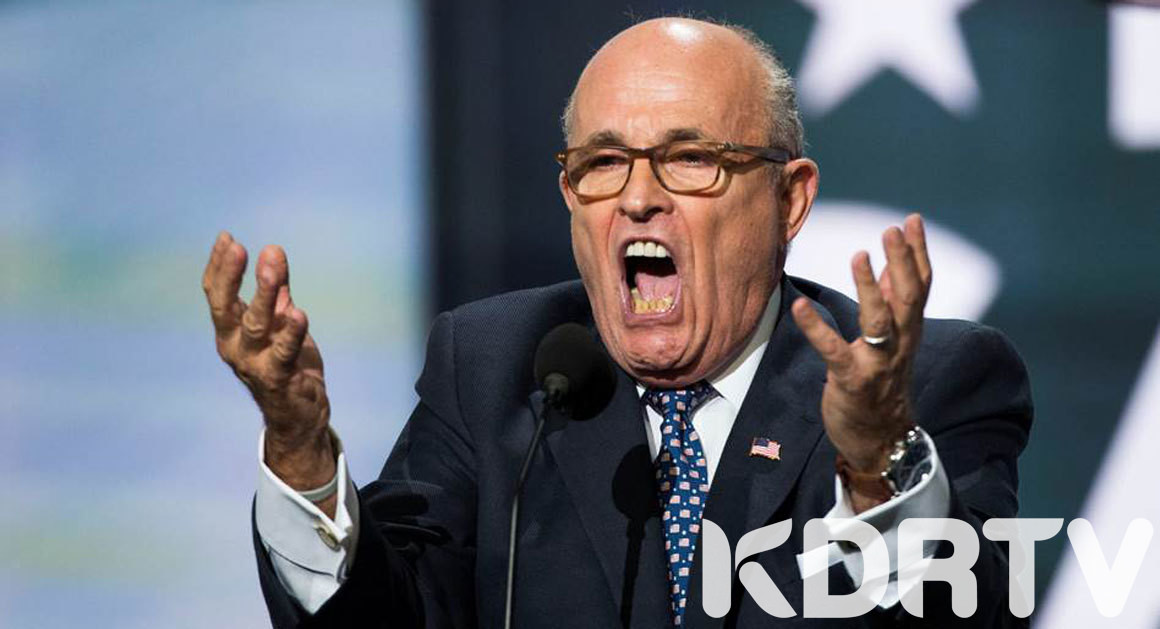 Rudy Giulliani the personal Lawyer to President Trump who has been adversely mentioned in the Impeachment investigations conducted by the US House of Representatives has threatened to spill the beans if President Trump will throw him under the Bus. Giulliani has been part of the focal point and sulked into the Ukrainian saga pitting him and the US European Ambassador, Mr.Sondland who clearly has put Giulliani into the mess which Congress claims was meant to tarnish the Reputation of Former Vice -President Joe Biden’s son in his activities at the Giant Ukrainian gas Company Burisma Corporation.

In an exclusive interview with FOX news, Mr. Giulliani, dared President Trump to abandon him at his hour of need if he has insurance. According to Ambassodor Sondland, President Trump instructed the White House Aides to work closely with Giulliani in an apparent alleged investigation of the Bidens, a front Runner in the forthcoming elections, which is against the US Constitution and  an abuse of power to his advantage against his political opponent a situation which might replicate the 2016 elections which he beat Mrs. Clinton in a closely contested race.

It’s alleged that President Trump withheld foreign aid to Ukraine in exchange for instituting investigation against the Bidens, a situation some pundits say made some Officials at the Treasury to resign but President Trump and the White House refutes this claim.

Two weeks of Impeachment investigation has unearthed troves of information which is pointing fingers to President Trump’s “Quid Pro Quo” instructions over the Military aid withholding.

Democrats believe they have enough evidence to Impeach President Trump who is fighting ferociously  to tarnish their quest terming it an illegality which has no moral obligation in the first case.

Trump is being supported by the Republican party members who have solidly remained behind him and ready to vote against the Impeachment motion if brought at the floor for debate and voting.

Subscribe to watch latests videos
In this article:headline,Headlines,President Trump,Rudy Giuliani