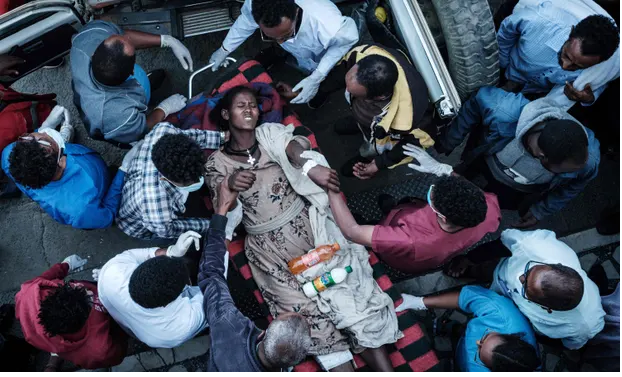 KDRTV NEWS: Tigray forces have been joined with other armed groups across the country to rally against Prime Minister Abiy Ahmed to seek political transition.

KDRTV has established that more than seven groups have joined the Tigray fighters in the battle against federal forces.

The battle in Tigray has caused the deaths of many Ethiopians, and millions are also currently facing shortages of critical humanitarian assistance.

This formation of the alliance has prompted the federal government to urge ex-soldiers to join the battle on the side of federal troops.

The formation of the alliance has come as US special envoy Jeffrey Feltman has landed in Ethiopia’s capital to meet with senior government officials to immediately cease-fire.

The envoy is also determined to help stop the war that has caused many people’s lives, and that has been fought since November 2o20.

The US has reported meeting with the Deputy Prime Minister and defense and finance ministers on Thursday.

This is amid the efforts being made by the alliance to end the tenure of PM Abiy Ahmed.

The army has confirmed that their aim is peaceful transition and removal of the PM.

Many countries have been affected by the war in Ethiopia. For instance, Kenya had closed its border with Ethiopia.

The PM’s spokesperson has also said that it is unclear if the PM will meet the UN special envoy.