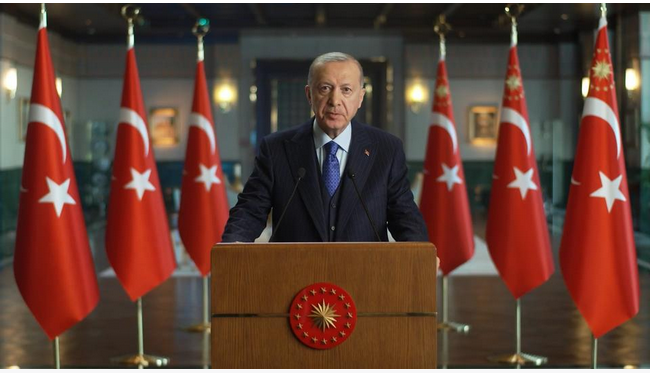 The president issued the directive after the envoys called for the urgent release of Mr. Kavala.

Kavala has been in detention for more than four years over protest and coup attempt although has never been convicted.

The ten envoys that have been affected include those from the US, Canada, France, Finland,  Denmark, Germany, Netherlands, New Zealand, Norway, and Sweden.

However, Turkey has received the final warning from Europe’s leading human rights watchdog to respect the European Court of Human Rights ruling the freedom of Mr. Kavala pending trial.

However, President Erdogan has said that ambassadors have no authority to give orders to Turkey.

He said ambassadors “cannot dare to come to the Turkish foreign ministry and give orders.”

” gave the necessary order to our foreign minister and said what must be done. These 10 ambassadors must be declared persona non grata at once. You will sort it out immediately,” he added


However, what will happen next is unpredictable.

The president stressed that the ambassadors should either understand Turkey or leave.

However, before the directive, Turkey’s foreign ministers had summoned the ambassadors to protestors their statement on the release of Mr. Kavala.

The envoys had faulted Turkey for continuing to delay the trial of Mr. Kavala.

Mr. Kavala had been acquitted of charges over the nationwide protests. However, he was rearrested, and more charges were bestowed against him.

However, Mr. Kavala has denied any wrongdoing, and critics of President Erdogan say thatKavala’ss case is an example of a widespread crackdown on dissent.