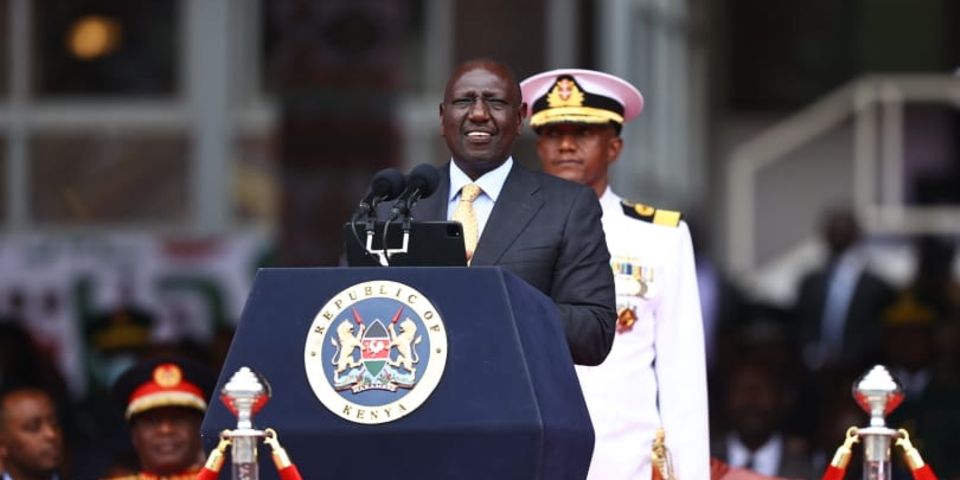 President William Samoei Ruto was on Tuesday sworn in to office at the Moi International Sports Center Kasarani.

The occasion was also attended by famous billionaires.

Dangote is the richest man in the African continent and is estimated to have a net worth of around $19.6 billion (Ksh2.3 Trillion).

Dangote is the founder and current Chairman and CEO of the Dangote Group, the largest industrial conglomerate in West Africa.

The conglomerate operates factories that produce cement, fertilizer, flour, sugar, salt, and more. He has previously stated his desire to establish a cement plant in Kenya.

Kariuki is one of the richest Kenyans and has an estimated net worth of  $70 million (Ksh8.4 billion).

The business mogul has invested his money on oil, alcohol, manufacturing, hospitality and real estate sectors.

While Speaking to the media at Kasarani during William Ruto’s inauguration, Kariuki expressed his confidence in the Ruto era, expressing his hope that the government would make it easier for Kenyan businesses to invest in other countries.

The new US ambassador to Kenya was part of the USA delegation that was sent by President Joe Biden to grace William Ruto’s inauguration.

Meg Whitman is one of the richest Americans and has a net worth of $3.2 billion dollars which is equivalent to Ksh 385 billion.

Sam Mburu is a close ally of President William Ruto and is married to Nakuru Governor Susan Kihika. Mburu has invested in clearing and forwarding, soft-drinks distribution and in real estate. Mburu got hitched to Susan Kihika in 2021 in a traditional wedding that was attended by President Ruto.

Mburu was on the spot in 2019 after he was accused of evading taxes totaling Sh64 million by the DCI.