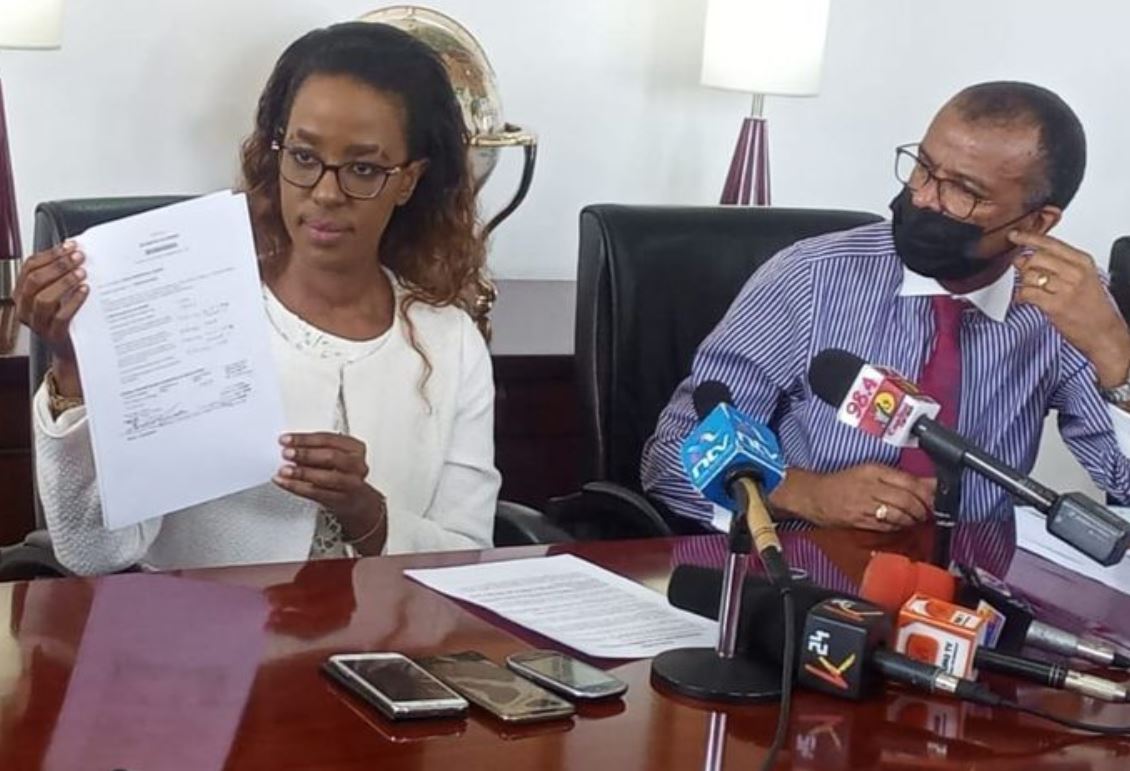 Kipkorir, one of the top lawyers in the country, claimed that the former First Lady of Machakos made a huge mistake by stating that she wasn’t married to Mutua the nine years they have been together.

Kipkorir also said that her lawyer Philip Murgor gave her horrible legal advice which might haunt her in case they head to court.

He believes Ng’ang’a can easily be arrested following her recent claims.

“By publicly admitting she is not married to Gov. Alfred Mutua, Former First Lady Lilian Ng’ang’a forfeits all marital claims to property of Mutua & opens herself up to fraudulent claims as First Lady of Machakos County. Horrible legal advice,” he said.

READ ALSO: DP Ruto Asks Raila And OKA To Name Their Candidate, Says They Shouldn’t Cry Of Votes Rigging In 2022

The top lawyer further claimed that Mutua is now fully entitled to claim whatever he gifted her after the presser.

“In Family Law, money & gifts given in contemplation of marriage are refundable in the event there is no marriage,” he said.

“The Former First Lady is obligated in law to refund the Governor. It is the law … Restitutio ad integrum.”

In her statement, Ng’ang’a said that she was not Mutua’s wife in the 10 years but rather just a long-term partner.

“…At a meeting at the Windsor Golf and Country Club on 22nd September 2021, in the company of two mutual friends, and after the two criminal incidents, I requested him for a mature and amicable separation and reminded him that, after all, we were not married,” she said.

She accepted. It's like you accepting a bribe and when you are caught you start asking whether you asked for the bride or it was given to you. That is immaterial, if you are caught with stolen goods, you are either the thief or accomplice or handling stolen property. Simple!