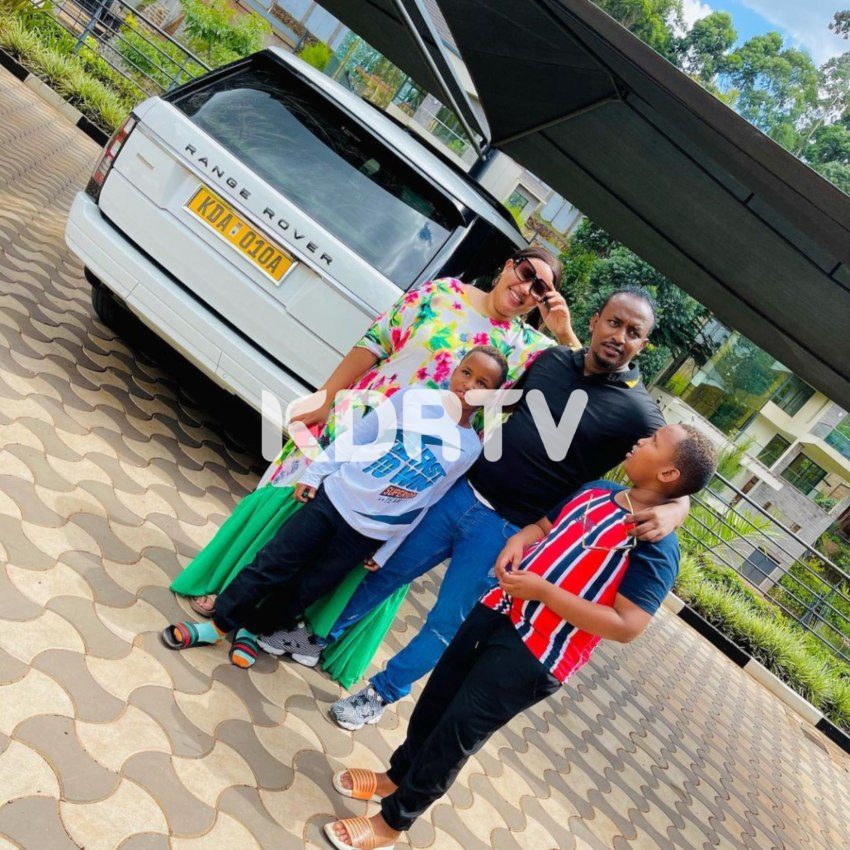 Jamal Rohosafi with his wife and kids

Businessman Jimal Marlow Rohosafi continues to air his family’s dirty linen as his two wives continue to public fight even after separating them.

Jimal, who added socialite Amber Ray as his second wife and got her a new house in Hurlingham, Kilimani just a week ago, was forced to deny that he’s broke and only surviving on loans.

Taking to social media, Rohosafi fired back at his wife saying that it’s true he has huge loans to service but it’s not uncommon for any businessman.

“I will not lie, I take loans to finance my businesses. Every businessperson in this country that has a humble background, you have to take a loan to raise yourself to go higher,” he said.

“I owe Sh150 million in loans to a bank and another Sh80 million and another bank I owe Sh90 million. If you owe three banks that amount then you have a good income to sustain those loans.”

Jimal had to move Amber Ray from Syokimau to the new luxury apartments in uptown to avoid persistent fights between his wives in Syokimau.

READ ALSO: Jimmy Wanjigi In Court After Failing To Pay For 5 Trousers And 2 Jackets Worth Sh1.3 Million

The two lived just meters away something that turned out to be a disaster.

His second wife, Amira, spoke to Edgar Obare insisting that Jimal isn’t as rich as he claims and has been only using loans.

Jimal said that he rose from a mere makanga to what he is now and has never taken it for granted.

“I came from nothing. I was a makanga. No one raised me from there,” he said.

“For me to be where I am with what I have right now, I did not get it from anyone.”

He denied that he’s broke saying he has a stable revenue stream, a reason why banks gave him the huge loans.

“A bank is not your mother’s house to check in and they will just front you the cash. They have to look at your net worth, assets and then decide to give you a loan,” he said.

“People are saying I have loans. Yes, I have loans even you personally kama unataka loan, enda kwa bank. And I pay them well.”